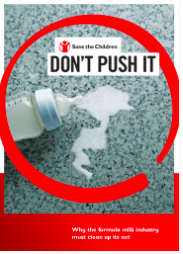 Save the Children has published an important  new report Don’t push it   that clearly shows that the Baby food industry is continuing to use marketing practices  that undermine breastfeeding and child health, while pretending to abide by the World Health Assembly Resolutions.   We commend Save for its decision to end a partnership with Reckitt Benkiser, because of its merger with a major Code violator, Mead Johnson.  Please read the report and IBFAN’s 2017  Breaking the Rules global monitoring report.

Save has received comments from Abbott, Danone, Nestle and RB, which can be found on its website  alongside its statements in response. https://www.savethechildren.org.uk/what-we-do/policy-and-practice/our-featured-reports/dont-push-it. 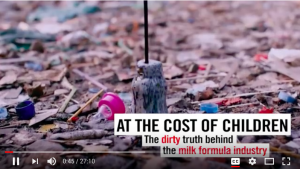 Here is a link to a powerful film – the Dirty Truth about the Formula Industry made by Save the Children Norway and Hacienda.  It focuses only on the developing world but its very important evidence of the extent of marketing, and also the huge cost of bottle feeding for families. 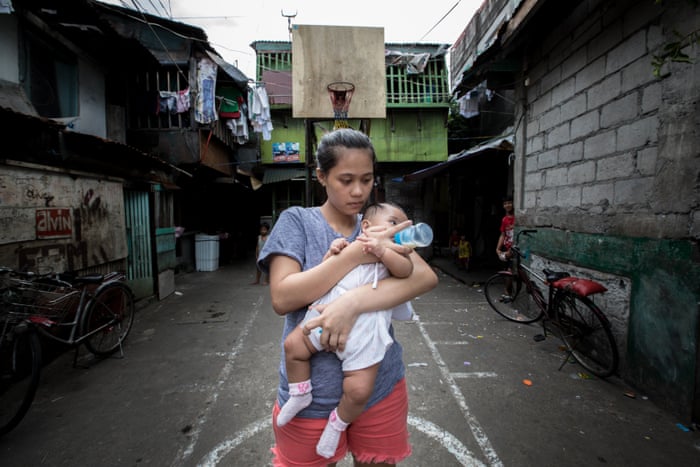 Formula milk companies are continuing to use aggressive, clandestine and often illegal methods to target mothers in the poorest parts of the world to encourage them to choose powdered milk over breastfeeding, a new investigation shows.

A Guardian/Save the Children investigation in some of the most deprived areas of the Philippines found that Nestlé and three other companies were offering doctors, midwives and local health workers free trips to lavish conferences, meals, tickets to shows and the cinema and even gambling chips, earning their loyalty. This is a clear violation of Philippine law. 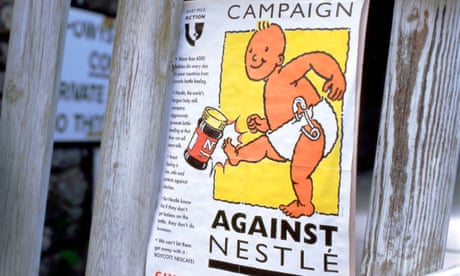 Nestlé under fire for marketing claims on baby milk formulas

Representatives from Nestlé, Abbott, Mead Johnson and Wyeth (now owned by Nestlé) were described as a constant presence in hospitals in the Philippines, where only 34% of mothers exclusively breastfeed in the first six months. Here, they reportedly hand out “infant nutrition” pamphlets to mothers, which appear to be medical advice but in fact recommend specific formula brands and sometimes have money-off coupons.

Hospital staff were also found to be recommending specific formula brands in lists of “essential purchases” handed to new mothers. Targeted advertising on Facebook and partnerships with influential “mummy bloggers” means mothers are being exposed to more unregulated formula promotion than ever before.

At the same time, powerful lobby groups have been working to curtail government legislation regulating formula marketing and promotion, in the Philippines and across the world.

All companies have rejected the allegations and denied any wrongdoing.

‘Formula is expensive … I only gave her half bottles’

Mothers living in the ramshackle neighbourhoods of Metro Manila spoke of spending three-quarters of their income on formula milk, often forgoing food themselves.

TV advertising campaigns for follow-on milk by brands such as Bonna – which portray the “Bonna kid” as one who is smarter and succeeds in life – convinced them, they said, that bottle feeding is not only as good for the baby’s health as breast milk but will bolster their IQ and future prospects. Store displays of formula were splashed with claims such as “clinically proven to give the IQ + EQ advantage”. For mothers living in poverty, such aspirational marketing is particularly seductive.

Sitting in her neighbour’s kitchen in Malabon, one of the most deprived areas of Manila, Jessica Icawat, 24, wept as she recalled the sacrifices she had made to give Trista, her two-year-old daughter, Nestogen, a formula made by Nestlé. Breastfeeding had been hard and she turned to formula because the local community consensus was it is “fine, the same as breast milk”.

Stick thin, her cheek and collarbones sticking out, Icawat was visibly malnourished, as was Trista, whose swollen stomach stuck out beneath a faded pink Little Mermaid T-shirt. The average cost of Nestogen is 2,000 pesos (£28) a month but Icawat could afford to spend only 800 pesos.

They have an active campaign to get mothers to use formula, even when breastfeeding is still an option

“I didn’t eat just so I could feed the baby,” she said. “There were some days when I didn’t eat anything. And Nestogen is expensive so I could not always give it to my baby when she was hungry, I only gave her half bottles, four times a day.”

Icawat’s house – made of discarded plywood, corrugated iron and plastic sheets – sits on stilts above rubbish-infested waters. She does not have running water or electricity and admitted she found it difficult to sterilise bottles and make up the milk powder, which needs to be mixed with very hot water to be safe.