US Senate Hearings, Infant formula in Developing countries, 23rd May 1978

This is an important compilation of excerpts of the testaments given at the Senator Edward Kennedy Hearing. The Hearing helped prompt  the eventual adoption of the International Code in 1981. (see also Blog on John Bolton) 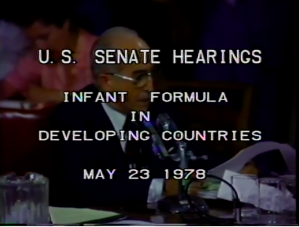 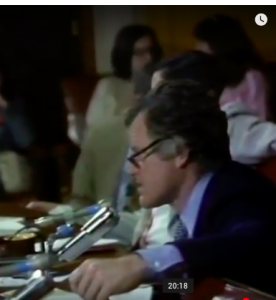 Oswaldo Ballarin, President of Nestlé Brazil (left) answering Senator Edward Kennedy (right) about Nestlé’s responsibility for the use of breastmilk substitutes in areas of poverty.  Ballarin says that Nestlé can’t have that  responsibility and that he has been advised by Nestlé that  this is an indirect attack on the free world system.