In Emraan Hashmi’s ‘Tigers’, a fight against a corporation that took 12 years to hit the screens

Scientific publishing is a rip-off. We fund the research – it should be free  George Monbiot

The resurgent influence of big formula:Education on infant feeding must not be left to industry

US pressure on Ecuador to drop its support for the World Health Assembly Resolution. There has been an unprecedented amount of media coverage about this story  (over 600 online editorial articles and about  900 social media posts)  After the well researched front page article in the New York Times (online on Sunday 8th July, hard copy 9th July) the story was boosted by  President Trump tweeting that it was all ‘Fake News’.   Here are just some.  First a great summary on The Late Show with Stephen Colbert  Jul 11, 2018.   Click HERE for more and  HERE for the latest.  CLICK HERE for just some of the US coverage. 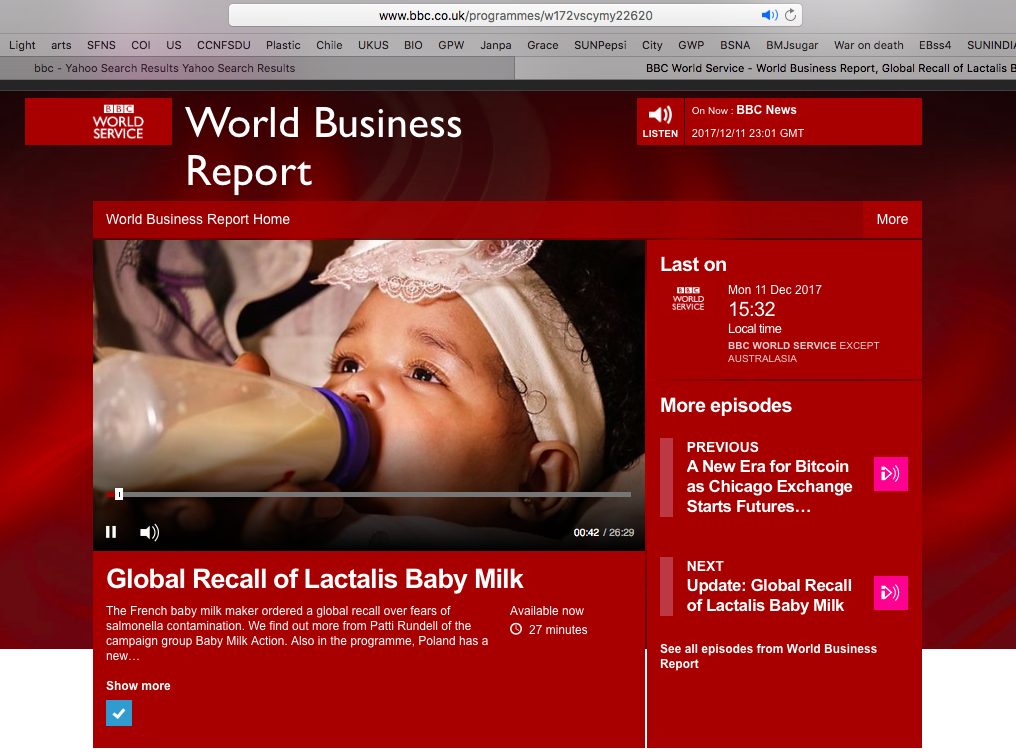 CLICK HERE WHO in the claws of  the lobbyists?  This documentary film by Arte was broadcast in 2017 and is now available on Youtube.  This is a hard hitting film featuring Patti Rundall and several IBFAN partners

Fortification: Too Much of a Good Thing? 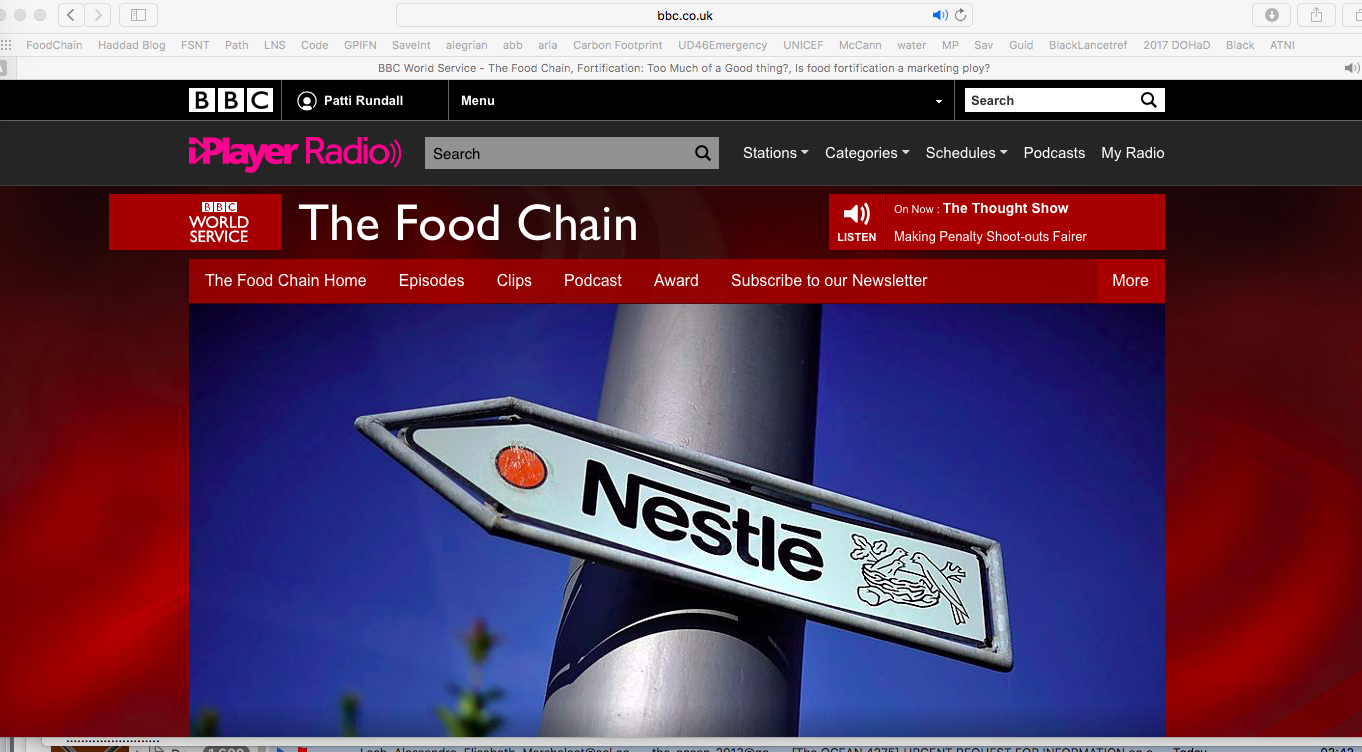 You will find links to earlier media coverage on the related press releases in our archives.