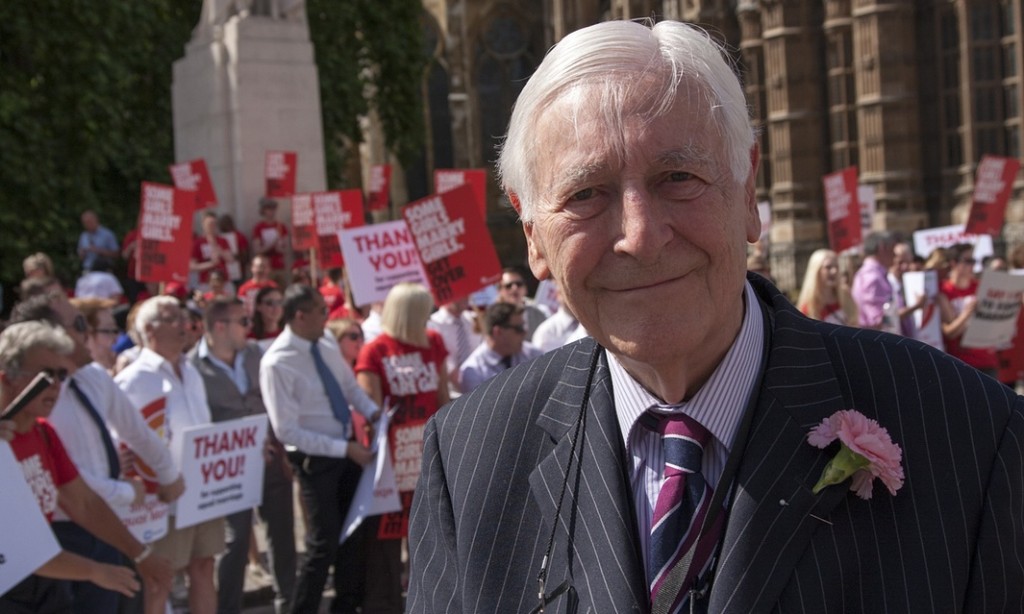 I’ve just heard the sad news that Lord Avebury died today.   Among the myriad of other issues he worked on, he was also a tremendous support to us for so many years. We will miss him hugely.

I especially remember his persistent efforts to change the rules so that breastfeeding mothers and asylum seekers wouldn’t be arbitrarily separated from their babies when they were detained.  But he was also someone who was always just THERE when we needed him in so many of the issues we tackle.

He first told me about his illness in April 2012 – when he thought he had just months to live.  So its a blessing that he had 4 ‘extra’ years that he used to the full.