On Tuesday 17 February, Baby Milk Action attended a meeting with the European Commission to discuss new regulations being introduced. The proposals are very disappointing, as my colleague Patti Rundall explains on her blog.

One of our concerns is the Commission plans to repeal an Export Directive that requires formula to be labelled in the appropriate language for the country where it is sold. We campaigned for this directive as parents need to be able to understand the warnings and instructions on labels. This is both to protect breastfeeding and to ensure those who use formula can do so safely.

The Commission representative was dismissive saying, ‘Do you really think Nutricia would send products from say Holland to China without labels in the correct language?’

I replied, ‘That is exactly what Danone [Nutricia’s parent company] claims is happening. It says it has to ration sales to customers in Europe because stocks are being bought up and shipped out to China. The Directive makes this illegal if the products are not labelled appropriately and should be used to stop this happening. So why repeal it?’

I was surprised that the Danone representative, Louis Vareille, did not speak up in support of the export directive, given that Danone claims unofficial exports are disrupting its supplies to European customers.

Looking into this further with colleagues in the International Baby Food Action Network (IBFAN) has turned up the fact that Nutrilon from the Netherlands is for sale in bulk on business-to-business websites in China, such as Alibaba.com.

The posting on the Alibaba.com website accessed today gives a minimum order quantity of 600 units. This company is based in Ningbo, Zhejiang Province, China. 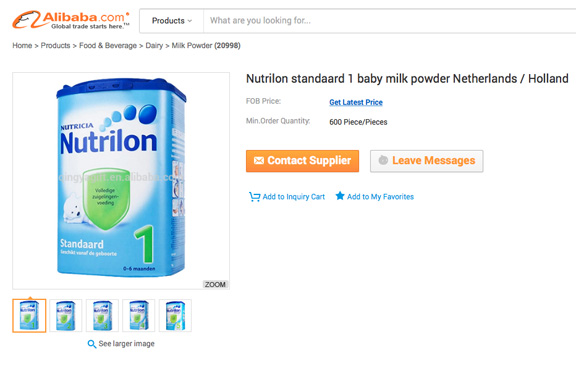 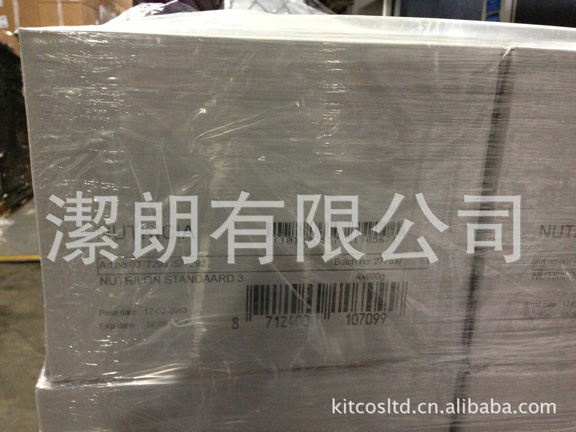 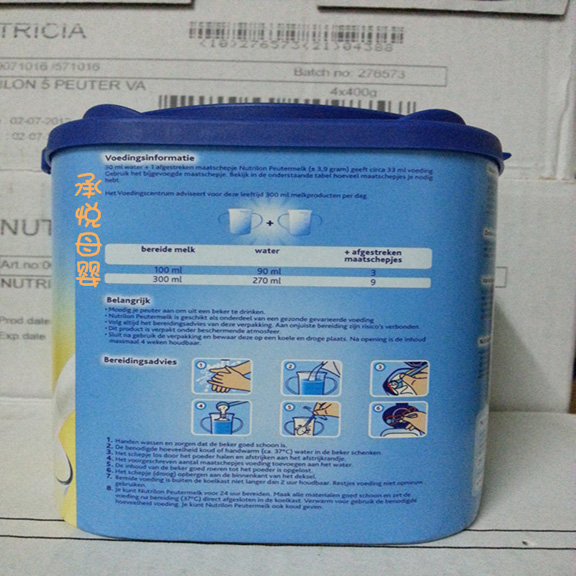 The labels are in Dutch. Hence any exports from the European Union will have broken the Export Directive.

This is the Directive the Commission intends to repeal.

Danone seems happy for the Directive to fall. It does not seem too concerned that its formula is being exported in bulk. While we might hope it would consider the risks to health, it is all money in its coffers.

There is evidence that individuals are selling single units of formula in China – but again with original Dutch labelling which makes this practice illegal, at least while the Export Directive is in place.

However, individual purchase are unlikely to have as much impact as the bulk exports. Indeed, many companies encourage individuals to purchase their products to take overseas (the whole duty free marketing strategy is based on this premise) so it would be surprising that company such as Danone should be unable to cope with demand from individuals (Nestlé says it has no problems with its supplies). In addition, the limits Danone has introduced to restrict individual purchases are presented by experts as an effective marketing strategy to increase sales, not reduce them.

It should also be remembered that Danone exports formula from the European Union itself. Its factory in Ireland reportedly supplies 180 countries.

The questions Danone needs to answer:

1. Does Danone provide infant formula and other baby milks directly to Chinese importers with labels in Dutch and/or other European languages?

2. How are Chinese importers able to offer bulk volumes (e.g. minimum orders of 600 units) of infant formula and other Danone baby milk in Dutch packaging?

3. What steps does Danone take to ensure that those purchasing its formula in bulk are not exporting it in breach of the European Union Export Directive?

4. Why is Danone apparently content for the Export Directive to be repealed when incorrectly labelled formula is a danger to babies in countries such as China as it is not in the correct language?

5. What percentage of the baby milk powder produced by Danone in Europe is exported outside the European Union either directly or indirectly?

We are asking the Commission to reconsider its decision to repeal the Export Directive.

While European formula can be purchased in bulk in China, Danone is restricting supplies to European customers.  The following sign is in Boots in the UK.

This sign states, ‘Due to a nationwide supply restriction applied by Danone on their ranges Aptamil and Cow&Gate, we can no longer allow purchases of more than 2 units per customer. This also includes Boots.com purchases.’

In the Netherlands, customers are limited to one unit of Nutrilon per purchase. 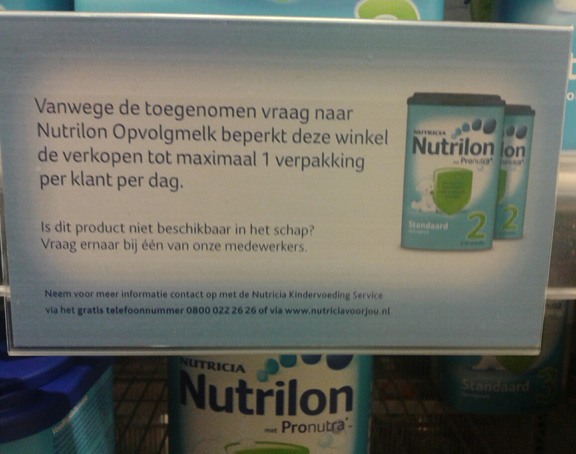