We are very sad to hear that Halfdan Mahler WHO’s Director General when the International Code was adopted has died on 14th December. What an amazing contribution this man made to children’s health and survival. 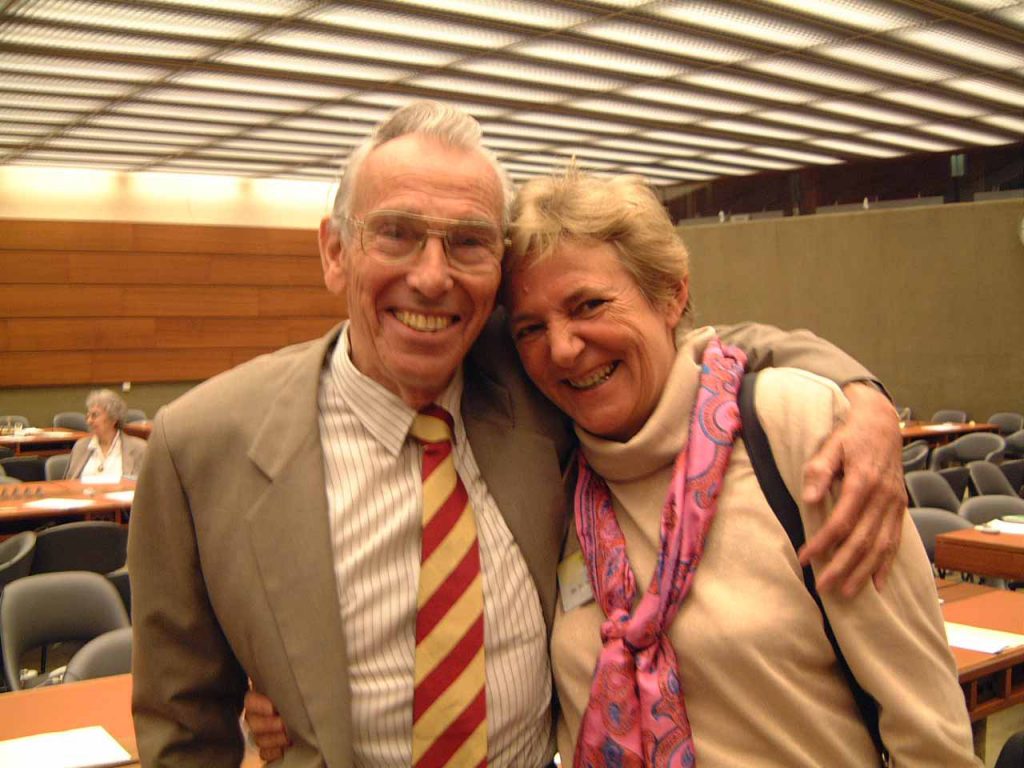 Here is a link to a write up on the WHO website.

Here is an excerpt from a Forward written by Halfdan Mahler for : Fighting an Old Battle in a New World   How IBFAN Monitors the Baby Food Market (125 pages)  By Annelies Allain

During my 15 years as Director General at the World Health Organization, its Member States set into motion many strategies and pro- grammes, sometimes prompted by the Organization’s Secretariat, sometimes by outside sources. When Senator Edward Kennedy sug- gested that WHO look into an international solution of the infant feeding scandal, I was happy to do so and asked UNICEF to join in. Little did we suspect that this first step would lead to a long battle. What we did know was that all parties should be involved in the process for any outcome to be viable.

Our background study indicated that there was ‘excessive and inappropriate’ use of artificial infant feeding products and that without intervention ‘even larger numbers of infants and young children would be placed at risk of infection, malnutrition and death’. We needed to hear all the voices and invited all to the October 1979 Meeting on Infant and Young Child Feeding: governments, scientists, the baby food industry and the NGOs who had been campaigning for breastfeeding. Taking action in order to reduce infant mortality and morbidity was a logical follow-up to the commitment to ‘Health for All’ enshrined at Alma Ata the year before. At the end of the October Meeting it was very clear that ‘normal’ marketing practices could not continue and that it was necessary to regulate those practices through an international code applicable to all manufacturers.

I applaud the way Annelies Allain has written up the continuation of the battle. Indeed, even to get started on this issue was a battle. Companies jumped on me for having invited the NGOs in the first place, but I told them it was quid pro quo. The drafting was another set of hurdles; there were threats that I had overstepped my mandate, defections from within the staff, last-minute amendments and endless pressure from the baby food industry. It is true that ‘without the NGOs, without their constant lobbying, reminding us of our duty as public health officers, even harassing us for months on end, without all that, there would have never been a Code. WHO would simply not have had the courage to get on with it.’

One of the most helpful things the NGOs did was to constantly provide us with up-to-date samples of current labels, booklets, calendars and lots of other promotional items from different countries and particularly from developing countries. Without this ammunition, the Code would never have had the amount of clout and detail it had in the drafts. It still became a negotiated compromise. Many in public health circles would have liked to see it stronger but in the consultation process, producer countries had substantial impact on the final wording and on the final legal status of the Code.

The monitoring that Annelies describes in her article is still necessary. These practices should have disappeared 20 years ago but without the NGOs highlighting and advocating them, then and now, WHO would be blindfolded. Her awareness of the bigger political picture is extremely useful and deserves to be recorded as such. You might not believe the kind of pressures we were under at WHO in the 1980s, and it is perhaps worse now.

The way an infant is fed can be a matter of life and death. Breastfeeding can save millions of lives. Breastfeeding seems such an innocent, peaceful matter that all of us should support and fight for its protection and promotion. But, believe me, it is not at all simple. There are raw economic and political nerves behind an apparently peaceful picture.

IBFAN has been a key player in the movement for greater – and more transparent – corporate responsibility and accountability, by continuing to keep the Code alive, by pushing WHO to keep it visible on its agenda. The Code is a reasonably sensitive and specific instrument to regulate a particular sector of industry, which has ‘survived’ the clarion call for putting Health First in the late 1970s and early 1980s. I believe that the only reason it did not wither away like many other splendid ideas of those days, is that it was adopted by IBFAN and nursed by them ever since. I am convinced that millions of babies have been saved by IBFAN’s efforts to keep a watchful eye on corporate promotion. The threat of exposure as baby killers did cause some restraint in marketing practices and it did lead to greater awareness of the value of breastfeeding.

In the complexity of today’s globalised inequities, we need to hear about IBFAN’s energy, the moral energy of public interest NGOs. You do have power! Don’t get discouraged. The notion that corporations need to be regulated flies in the face of neo-liberal thinking that sees TNCs as creators of wealth that can, through their own codes of conduct, nicely ‘regulate’ their own practices. This major contribution by Annelies should help to dispel such illusions.

I heartily recommend this reading in the spirit of a ‘Grook’ by Piet Hein:

‘We who are fighting
To realize dreams
Ask for the task
Of uniting Extremes.’