The Guardian is reporting that breastfeeding rates are falling in the UK. See:

I have posted the following comment (which can be used by the media as a quote): 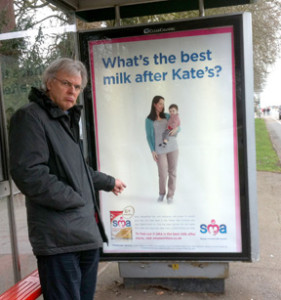 Part of the problem is also the massive sums baby milk companies spend on promoting their products with misleading claims that both undermine breastfeeding and rip off mothers who use formula. It is the latter who pay for promotion, such as advertising campaigns, mother and baby clubs, targeting of health workers and so on through premiums on top of what is already one of the most profitable products on the supermarket shelves.

For example, the Advertising Standards Authority upheld Baby Milk Action’s complaints about a campaign for SMA formula in 2012, finding that it mislead mothers. The ASA ruling – which was barely reported by the media – states:

“Because we did not see evidence that SMA Follow-on Milk was the best alternative to breast milk once breastfeeding had stopped, or that it was superior to other follow-on milk, we concluded that the ads were misleading on these grounds.”

Much of the company promotion breaks regulations as well as the advertising code, but these are poorly enforced. Also the working group of Trading Standards home authorities responsible for the baby food companies was an early casualty of cut backs, being wound up by the LACORS – now the Local Government Association.

For examples of what companies are doing and how this breaks international marketing standards and national measures, see the report available to download at:

Baby Milk Action is currently organising protests to expose how Nestlé – which has controlled the SMA brand since December 2012 – is targeting health workers in breach of World Health Assembly marketing standards. The signs are that marketing malpractice is becoming worse since Nestlé’s entry into the UK, bringing its global marketing war with Danone to this country.