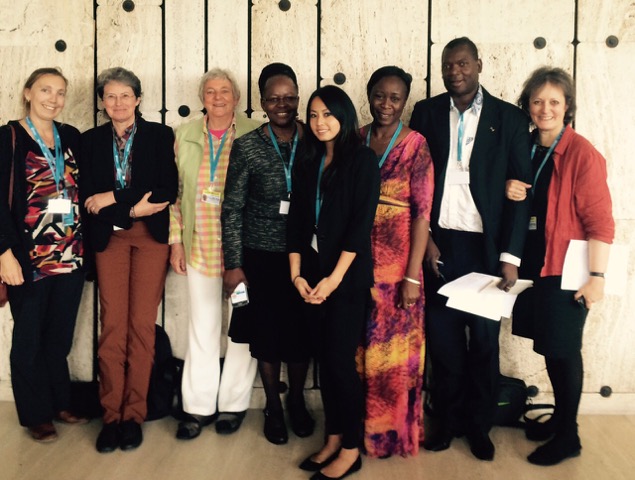 CLICK HERE for the Framework for Engagement of Non State Actors  (FENSA) as it was left at the end of the Assembly.

The proceedings of the Plenary and Committee Room discussions at the World Health Assembly were  web streamed  for the first time this year.  And the NGO statements are online for a little while. CLICK HERE

The text of Statements on FENSA delivered at the 68th World Health Assembly in 2015 by HAI, IBFAN and Medicus Mundi are on the following links:

Sadly the FENSA Working Group meetings were only open to Member States. This is a shame considering their importance.   The WG met  every day for a whole week and still could not reach a conclusion.  The lobby from the  UK, US  and others to adopt FENSA speedily would have been a great mistake.  From IBFAN’s  perspective  the process should be opened up for public scrutiny and help sought from experts in conflicts of interest.

A big problem is that FENSA  throws everyone together under the term  Non State Actors, allowing food and drink industries and other commercial entities  many appropriate privileges.  The key issues of Conflicts of Interest, who should get Official Relations status, have joint work programmes and help fund WHO  is left hanging.

Rereading the document and replacing the term  NSA with TNC (Transnational Corporation) shows how confused and contradictory it is.