Danone and Croplife in evidence at Codex 2021

Codex is a joint United Nations body created in 1963 by the World Health Organisation (WHO) and the Food and Agriculture Organisation (FAO)  to develop food standards, guidelines and codes of practice under the Joint FAO/WHO Food Standards Programme. The establishment of the World Trade Organisation (WTO)  in 1995 gave Codex a new status and importance. WTO  is mandated to refer to Codex Standards in trade disputes and many governments use Codex as a basis for legislation.

WHO and FAO, as the parent bodies of the Codex Alimentarius Commission play a key role in global standard setting.   In 2021 FAO adopted a new Private Sector engagement strategy that is already shifting FAO’s focus from protecting its integrity, impartiality and mandate, towards working with the private sector, attracting funding for FAO and facilitating business operations. The FAO strategy establishes FAO as a “matchmaking” hub, linking member countries and relevant private sector entities around shared priorities and investments.  FAO intends to continue to receive financial and in-kind contributions from the private sector to support its own programmes and projects in areas of ‘mutual interest’. FAO’s partnership with the baby food company  Danone  is especially  worrying for the ongoing Codex discussions on baby feeding products. FAO’s partnership with Croplife a trade association that promotes agricultural technologies such as pesticides and plant biotechnology) was evident at the Codex Commission (CAC) and we believe it resulted in the critical comments being overlooked and excluded from the CAC Report. 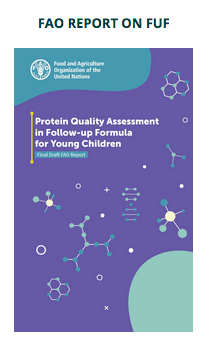 The stated purpose of Codex is to protect the health of the consumers and to ensure fair trade practices in the food trade.  However these dual objectives are often incompatible,  mainly because industry interprets them in a very narrow way: ‘consumer protection’ is seen only as improving food safety and the quality of processed packaged foods, while ‘fair trade’ is interpreted as the facilitation of trade.  The critically important health and nutrition issues and the wider aspects of fair trade are often ignored, along with the impact of free trade on indigenous foods, food security, sustainability and practices such as breastfeeding.  These concerns are often viewed by industry and industry-friendly governments as irrelevant  ‘political’ issues, making it difficult to raise them effectively.  Codex is used by the powerful industrial nations to promote international trade of processed packaged foods generally.