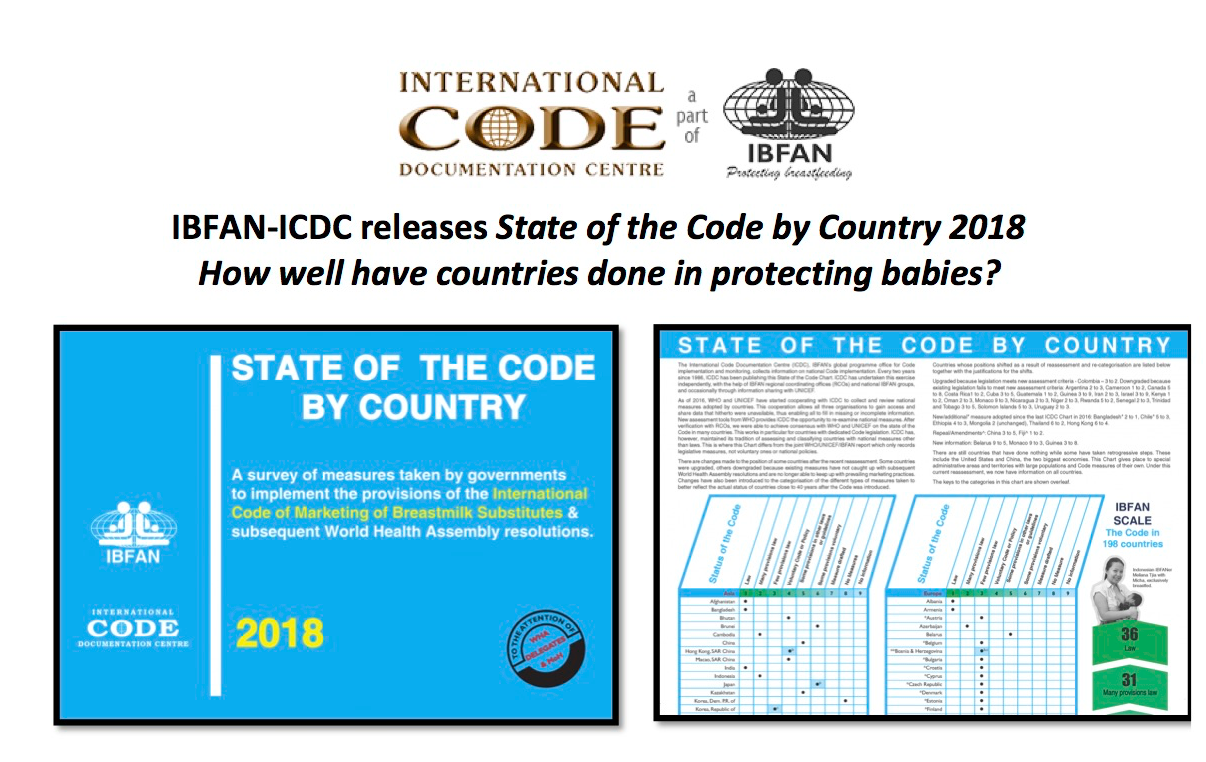 The SOCC is important for Code advocacy – it reminds countries of where they are at in Code implementation, and their obligation to give effect to the International Code through national legislation, regulations, or other suitable measures. Where the Code is already in place, the SOCC can be used to call on governments to improve their national measures through amendments, monitoring and especially: enforcement.

As of 2016, after 30 years of independent surveys, data collected for SOCC is also being used in a joint periodic status report published by WHO, UNICEF, and IBFAN – Marketing of Breastmilk Substitutes: National Implementation of the International Code Status Report. Findings in the SOCC and the joint report are harmonised, but to preserve the unique features of the SOCC, IBFAN-ICDC has maintained 9 categories, which include countries with national measures other than laws. This is where this Chart departs from the joint WHO/UNICEF/IBFAN report which only records legislative measures, not voluntary ones or national policies.