Trump & trade; WHO: in the claws of the lobbyists? India and Malnutrition, Amsterdam tackles Obesity

Here are links to media coverage of some important stories: a German/French TV Documentary on WHO: its funding and relation to corporations and philanthropists; a new US Government report on barriers to trade; an article by IBFAN’s Dr Arun Gupta with an appeal to India’s Prime Minister to address malnutrition with more than micronutrients; Amsterdam gets tough on junk food sponsorship.

The Office of the United States Trade Representative (USTR) released the National Trade Estimate report indicating that the International Code as implemented in some countries are “trade barriers” that should be eliminated, targeting South Asian Countries (Hong Kong, Thailand, Malaysia and Indonesia).   This is not really new: the US has been opposing the International Code for many years – but perhaps not so blatantly.

“Rather than embracing these efforts to safeguard the world’s most vulnerable inhabitants, the Trump administration, in its March 31 report, indicted the policies as “trade barriers” that should be eliminated:

WHO: in the claws of the lobbyists?  L’OMS : dans les griffes des lobbyistes ?  CLICK HERE

Along with others who are working on WHO governance,  I appear – very briefly – (at 2.06 and 32.18)  in this 90-minute documentary  film made by the German TV company Sagamedia. It was broadcast the Artes TV Channel on 4th April 2017.  Subtitles in French and German only.

Jury still out on sugar taxes, says British doctor vying to be next WHO boss  CLICK HERE

Comment from World Obesity Federation: Dr David Nabarro, one of three candidates hoping to succeed Margaret Chan as Director-General of the World Health Organization, is reported to be opposed to taxation of sugar-rich products such as soft drinks. He is quoted as saying that there is insufficient evidence to justify penalising specific ingredients, a claim repeatedly made by the soft drinks industry. Despite being a candidate proposed by the UK, Dr Nabarro appears at odds with the UK government’s moves to introduce a levy on sugar-rich beverages. He is also at odds with the WHO’s own policy recommendations urging member states to consider sugar taxation among a range of measures to tackle chronic diseases (see here).

Graham MacGregor on tackling the demons in our diet

This is a great interview with the wonderful Graham MacGregor about his long struggle with the food industry. Well worth a listen.

India looks to Modi for justice to the undernourished child

PDF: 14_Press_Cuttings_India looks to Modi for justice to the undernourished child | Sunday Guardian

“…The vikas (development) of millions of under-nourished children is based on how they are fed and cared during the first two years as brain development is almost 85%-90% complete by this time. The current situation, therefore, calls for a deep focus on stronger infrastructure for healthcare and nutrition outcomes of under 2s and ensuring every child is reached at home. Yet, in practice, the focus is only on treating severely wasted children or on nutrients, not on food. States are harping on treatment of wasted children with ready to use therapeutic foods (RUTF), although even recent Indian trials have not shown any advantage of RUTF over home foods. The problem is provision of enough food from locally available sources through education and awareness, rather than supplementing nutrients in the form of RUTF. The clamour for RUTF shifts the focus and displaces resources. No wonder the market is cheering this chorus..”

Amsterdam’s solution to the obesity crisis: no fruit juice and enough sleep

The city is successfully fighting fat by promoting tap water in its schools, along with healthy cooking classes and a ban on fast food sponsorship

As activists move from alternative media platforms to commercial social media platforms, they face increasing challenges in protecting their online security and privacy. While government surveillance of activists is well-documented in scholarly research and the media, corporate surveillance of activists remains under-researched. This article examines BP’s surveillance of activists who criticise the company’s corporate social responsibility (CSR) programme as ‘greenwashing’. In this way, it goes beyond corporations’ uses of big data and instead explores how they monitor and discuss strategies for responding to the activities of individual activists in social media. It shows that while social media afford an unprecedented level of visibility for activists, it comes with the risk of being monitored by corporations. Theoretically, it draws on conceptions of visibility in social sciences and media studies as well as literature on activism and political participation in media studies. Empirically, it draws on files from BP on specific civil society individuals obtained through Subject Access Requests under the UK Data Protection Act 1998 as well as press responses from BP.

Some screenshots from the TV programme: WHO: in the claws of the lobbyists? 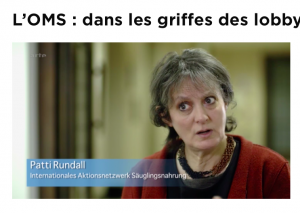 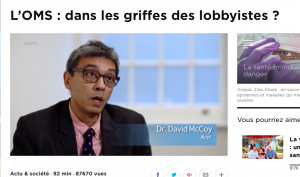 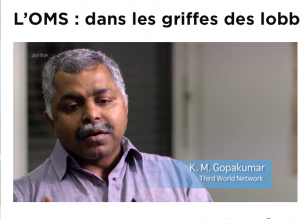 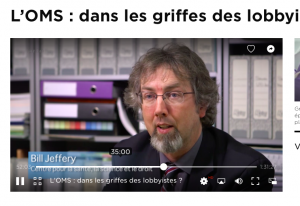 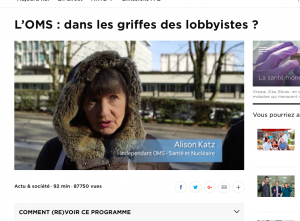