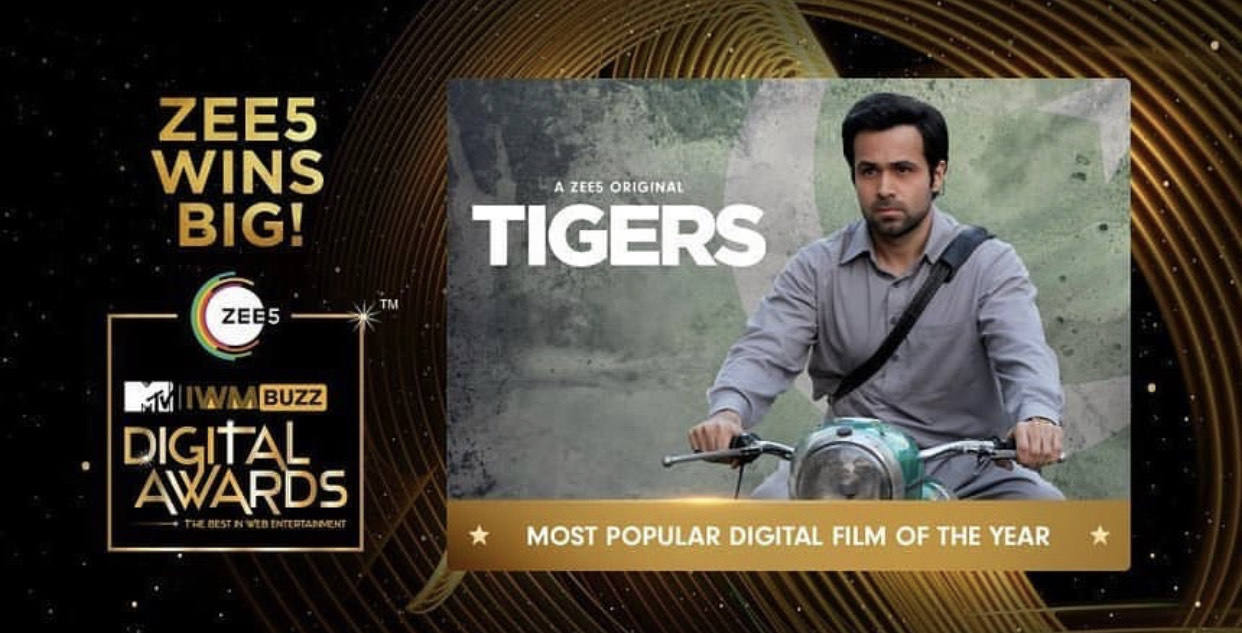 25th September 2014. This is a good press conference featuring the producers, director and protagonists – Syed Aamir Raza and Dr Emmanuel Diamond – who had just seen the film for the first time.   Scroll across for the correct language.

Please note that we can only sell the DVD to people with a UK bank account. For others visit the ZEE5.com website – an Asian streaming website similar to Netflix, Curzon etc  ZEE5 members can stream the film online in many countries.

Note: You can show the DVD outside your home for teaching/campaigning purposes – as long as its non-commercial. Please send us feedback along with any donations you manage to raise.

Our aim is to ensure that Tigers’ message about harmful corporate practices,  whether marketing, inappropriate sponsorship, political interference, silencing whistleblowers or preventing critical media coverage, is seen by as many people as possible. So please help by using social media to promote it. 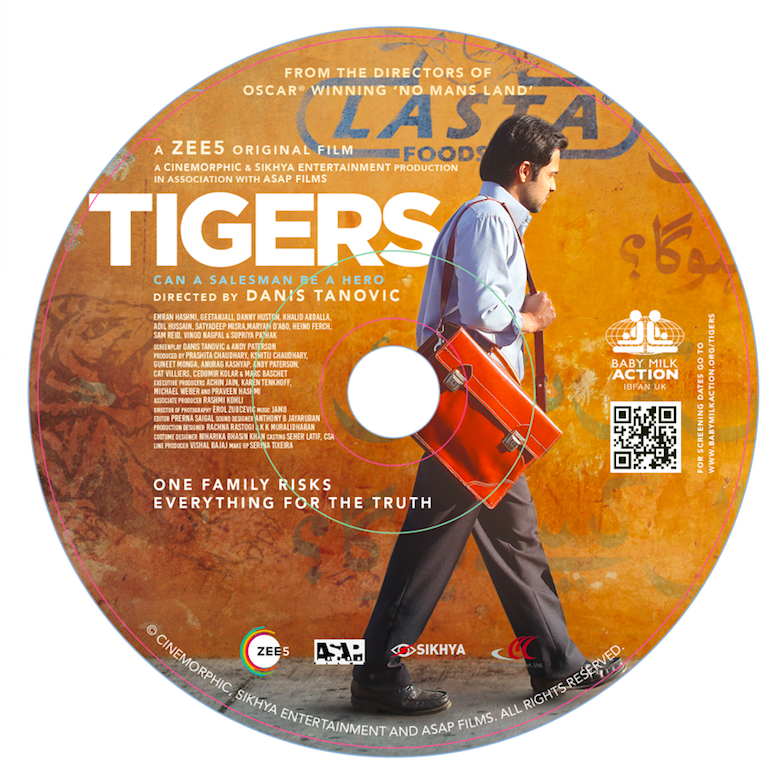 Click the picture below to watch the trailer and read the press release:

From Oscar-winning director, Danis Tanovic (NO MAN’S LAND) and Andy Paterson (GIRL WITH A PEARL EARRING, THE RAILWAY MAN) comes a true story, 12 years in the making. A Pakistani salesman, employed by Nestle, one of the world’s largest corporations, learns that his promotion of baby formula to doctors is causing babies to die. He risks everything to make it stop, taking on the industry with the help of Cambridge-based Baby Milk Action.

A BBC Films/UK Film Council version of the film was halted weeks before production; with defamation laws operating as ‘guilty until proven innocent’ the huge potential costs of defending a true story in court meant that a transnational company could prevent a true story being told simply by virtue of its deep pockets. A few years later Indian producers Prashita Chaudhary and Guneet Monga finally made the film possible.

With a breakthrough performance from Bollywood favourite Emraan Hashmi and a cast including Danny Huston, Geetanjali Thapa, Khalid Abdalla, Maryam d’Abo and Satyadeep Misra, TIGERS was shot in the Indian Punjab and London. It premiered at the Toronto International Film Festival and in Official Competition at San Sebastian.

The character  Maggie (played by Maryam d’Abo)  embodies some of the IBFANers who helped Aamir, including Tracey Wagner-Rizvi, Andreas Adelberger and Baby Milk Action’s Patti Rundall and Mike Brady.

TIGERS is highly relevant for all those concerned about uncontrolled corporate power and malpractice, its impact on health and the struggle to get the truth out to the public.

TIGERS has a PG rating and is 94 minutes long

s with screening dates for Tigers. 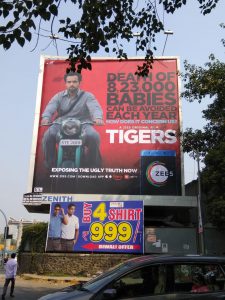 Billboards up in Mumbai 22 November

Available now in the UK and other territories on  ZEE5.com The film audio is Hindi and English, with English subtitles.

And see our companion booklet to the film in our Virtual Shop.

BFLGI have today received this delightful message from the First Lady of Ireland,  Sabina Higgins 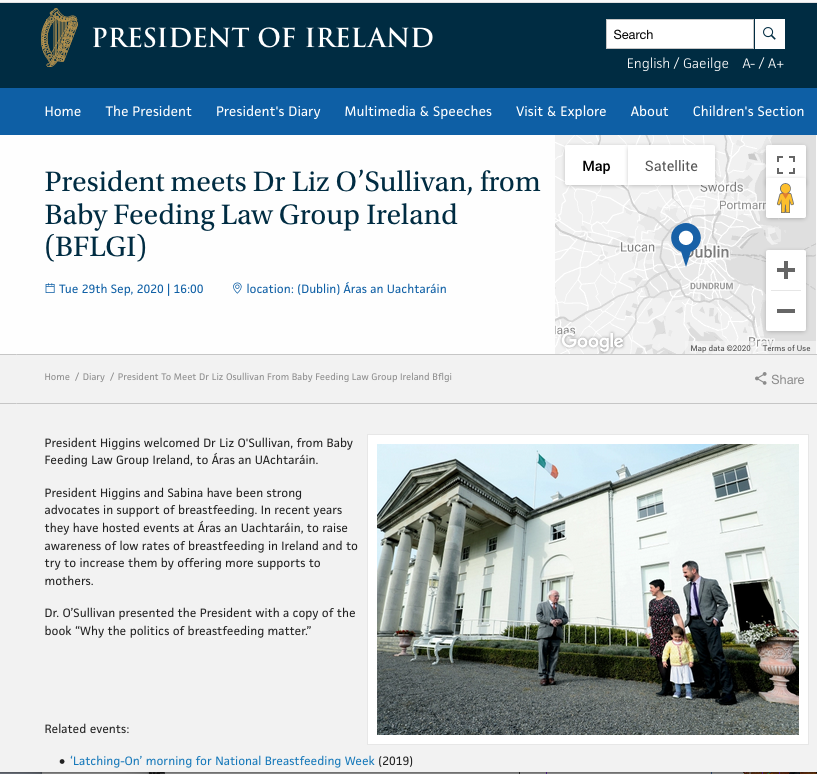 BFLGI is highlightiong its own activities for National Breastfeeding Week.  Over the next few days, please do watch out for further information from BFLGI – and do support us where possible by sharing messages on appropriate social media platforms.  A highlight from yesterday was the visit of member Dr Liz O’Sullivan (with her daughter Áine) to meet with President Michael D. Higgins – https://president.ie/en/diary/details/president-to-meet-dr-liz-osullivan-from-baby-feeding-law-group-ireland-bflgi.  Warm regards – and Happy National Breastfeeding Week! #NBW2020  Claire Allcutt and everyone on BFLGI

After watching Tigers, you may be wondering whether the companies are still behaving badly.  CLICK HERE   for a collection of  reports that clearly show that children’s health and lives are being threatened by harmful marketing and inappropriate sponsorship.

There is also exclusive content for Baby Milk Action members on this website. You need to register with this site and provide your membership details to access it – use 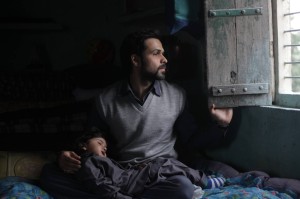 Tigers received its world premiere at the Toronto International Film Festival and its European Premiere at the San Sebastian Festival, where it received a standing ovation from the 1800 in the audience and a Solidarity Award.

Here is a taster from the world premiere programme notes.

We will keep you updated with breaking news about this film – and let you know how you can help arrange to have it shown at your local cinema. Take action to stop Nestlé endangering infant health – see our Nestlé boycott page.

Donate to support our work holding all baby food companies to account.

Where to see Tigers

See the list above for Forthcoming cinema screenings of Tigers

The world premiere of Tigers took place at the Toronto International Film Festival on 8 September 2014.

Read Mike Brady’s blog on why Tigers is a film with a pedigree.

Upcoming screenings in the UK:

There are many reports and reviews of the film online. A selection of these are given below, along with key press releases from Baby Milk Action. Click here for a fuller list of media coverage.

Watch clips from its European Premiere at the San Sebastian Festival, where it received a standing ovation from the 1800 in the audience and a Solidarity Award.

26 September – Cineuropa: Tigers: crying out against the cruelty of capitalism.

What formula companies are doing today

Tigers is a based-on-fact drama about a formula company salesman.

Formula companies continue to routinely break UN marketing rules – except where they are regulated and held to account.

See the Global Monitoring page for the latest evidence of code violations from IBFAN,  Save the Children, Changing Markets and others. The  International Code Documentation Centre (ICDC) is part of the International Baby Food Action Network (IBFAN).

Irresponsible marketing undermines breastfeeding. Breastfeeding saves lives – and could save more. A breastfed child is less likely to suffer from gastroenteritis, respiratory and ear infections, diabetes, allergies and other illnesses. In areas with unsafe water a bottle-fed child is up to 25 times more likely to die as a result of diarrhoea.

Estimates in 2013 suggest 11.6% of under-5 deaths could be prevented by breastfeeding. The World Health Organisation (WHO) says: ‘Globally, breastfeeding has the potential to prevent about 800,000 under-five deaths per year if all children 0–23 months were optimally breastfed.’

Please explore our website to learn more about the way baby food companies push infant formula and other products – and find out what you can do to help protect babies and their families.