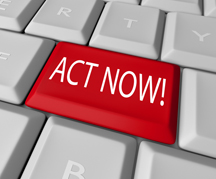 See the Do One Thing page for a suggested action for this week.

6 January 2016: If you are in the UK, ask your Member of Parliament to support the Infant Feeding and Inequalities APPG. http://www.babymilkaction.org/archives/8042.

10 November 2015: Nestlé is targeting health workers in the UK again with SMA branded study days. Check out the forthcoming dates to see if you can help with handing out leaflets to participants as they arrive explaining how Nestlé is breaking formula marketing rules. Share the page with colleagues to warn about conflicts of interest. See: http://www.babymilkaction.org/nestle-demonstrations.

26 October – 1 November 2015: International Nestlé-Free Week – a time for people who boycott Nestlé over the way it pushes baby milk to do more to promote the boycott – and for those who don’t boycott to give it a go. Visit the campaign page for action ideas.

20 October 2015: Nestlé is using International Chefs Day to boast of its Healthy Kids programme targeting school children to “raise awareness of health lifestyles”. Nestlé could have a bigger impact if it stopped undermining breastfeeding and pushing unhealthy foods at children. Retweet Baby Milk Action’s tweets on #healthykids and #internationalchefsday to expose Nestlé – and tweet our own comments.

12 August 2015: We are taking pre-orders for our new Nestlé-Free Zone t-shirt for delivery in September. Take a look at the t-shirt and other items in our online Virtual Shop.

23 July 2015: Nestlé is promoting its SMA infant formula brand in the UK through sponsorship of the AOL Being Mum online video series. The strategy is particularly designed to target young mothers. Call on Nestlé to stop this promotion and abide by international marketing standards and UK regulations by sending it a message through its new “Tell Us” page. Details and link at: http://www.babymilkaction.org/archives/4166

18 May 2015: The Guardian’s Readers’ Editor has published an article saying he agrees it was a mistake for The Guardian to run a Danone-sponsored roundtable and article on infant feeding. The issues raised are relevant to any organisation considering sponsorship by Danone (including Nutricia, Aptamil and Cow & Gate), Nestlé or any of the other companies making or marketing products covered by the International Code of Marketing of Breastmilk Substitutes. Why not share the link with organisations you see taking sponsorship from such companies? Here’s the full article:

13 May 2015: There will be a special showing of the feature film Tigers at the Breastfeeding Festival in the North West of the UK at the end of June. Share the details with friends and colleagues – you can sign up for alerts for news of other screenings. This is the award-winning new film from Oscar-winning director Danis Tanovic based on the true story of former Nestle Pakistan salesman taking on the baby milk industry with the help of IBFAN.

4 May 2015: If you will be voting in the UK General Election on 7 May, check out the infant feeding policies of the different parties, and contact those that have still not answered.

19 February 2015: Nestlé is planning pregnancy and baby shows in Belfast and Ireland to promote the SMA formula brand. Contact the venues and ask them not to be party to violating the International Code of Marketing of Breastmilk Substitutes. See the Nestlé demonstrations page for details. Make note of the dates to join our protests if the events go ahead. We will distribute leaflets warning the public of misleading information and the cases won at the Advertising Standards Authority.

9 February 2015: Nestlé are targeting parents with “SMA Clinical Representatives” in Boots stores on 12 February. Please monitor and send us photos and scans of any materials they distribute. Contact us if you can print of some of our leaflets to distribute to shoppers.

13 January 2015: Tesco was quick to claim it would remove a promotion for Nestlé SMA infant formula that breaks the law – but slow to act and hasn’t explained why it broke the law, yet again. Help us to get answers by joining our Twitter campaign.

15 December 2014: Share our page reporting that Nestlé has been forced to remove misleading claims for its SMA Toddler Milk from its website after we reported it to the Advertising Standards Authority (ASA) for failing to act on an earlier ruling. We need to spread the word because the ASA is not reporting the details of the case.

8 December 2014: Tell people what you DO NOT want for Christmas by sharing our Nestlé boycott product list: http://www.babymilkaction.org/nestle-boycott-list

26 November 2014: Take a look at our new mugs, launched at the Baby Friendly Conference in Newcastle, UK, today. There are two types: Nestlé-Free Zone, for promoting the boycott and DanoNO – say NO to formula company sponsorship, for countering Danone’s attempts to sponsor health workers. Please tell people about them and share the link to our Virtual Shop: http://www.babymilkaction.org/shop

27 October 2014: International Nestlé-Free Week is a time for people who boycott Nestlé over the way it pushes baby milk to do more to promote the boycott – and for those who don’t boycott to give it a go. Find resources and action on the Nestlé-Free Week page.

17 October 2014: Disgusted that ASDA and Nestle are not going to inform customers they misled them in an SMA toddler milk promotional email? The ASA upheld Baby Milk Action’s complaints, but how will those who received the email know? Sign the petition on Change.org.

9 October 2014: Nestlé is holding its Creative Shared Value (CSV) Global Forum on 9 October. From our analysis of CSV, we think it really stands for Creative Storytelling Venture. If you have concerns about Nestlé’s practices, send tweets to #CSVForum.

2 October 2014: If you have been annoyed or upset by the Daily Mail report: ‘Nestlé’s hidden “bra cam” shows just how many times breasts are ogled’ you could share our Campaign blog commenting on this.

5 September 2014: Send a message to the hosts of Danone’s Baby Show in Belfast asking them to think again about helping Danone violate the baby food marketing. Email the King’s Hall Pavilion. Further details on our DanoNO campaign page.

19 August 2014: An Oscar-winning director has made a feature film about the baby milk issue. The world premiere takes place at the Toronto International Film Festival in September: “Devastated when he discovers the effects of the infant formula he’s peddling, a young salesman challenges the system and the powers that be, in this based-on-fact drama from Academy Award-winning director Danis Tanovic (No Man’s Land).” We will be reporting news on this story as it emerges and hope to tweet from the premiere. Visit and share our Tigers page to keep updated and spread the word: http://www.babymilkaction.org/tigers

4 August 2014: Nestlé has been voted the least ethical company of the last 25 years by readers of Ethical Consumer. Find out more and share the link to the story on the Ethical Consumer website. To help spread the word and support the campaign, you could buy a Nestlé-Free Zone fridge magnet or keyring or some boycott stickers.

31 July 2014: The Advertising Standards Authority (ASA) has upheld another complaint about Danone misleading parents in its advertising of formula. Danone made claims about eye development, brain development and meeting nutritional needs that went too far. Find out more in this article on Nutraingredients.com. This case was brought by a member of the public. If you see advertising that concerns you, it just takes a few minutes to register cases with the ASA and Trading Standards. See details on the Baby Feeding Law Group website, coordinated by Baby Milk Action.

Also see the Monitoring Kit in our Virtual Shop.

24 July 2014: We have added our Virtual Shop to our new-look website. To celebrate, we are offering a discount of £2.00 for every £20 spent on any items in the shop (excludes donations, membership subscriptions and international shipping costs).

Go to the offer page and share the link with friends and colleagues so they can take advantage of this offer – and help us to spread useful information and resources, and fund our work.

Also let us know what you think of the new Virtual Shop. It has some great new features:

Payment also by credit or debit card, or by cheque.

18 July 2014: Take a look at Mike Brady’s latest post on the protests at Nestlé and Danone events targeting health workers. See if there is one coming up near to you. You can also order from our new range of ‘Say NO to formula company sponsorship‘ resources to support the campaign and help prompt a debate about sponsorship and conflicts of interest.

Deadline 8 July 2014: Take action to stop corporations derailing important UN meeting (click here and share the page). There is a United Nations meeting shortly to discuss how to respond to the rise in heart disease, diabetes and other non-communicable diseases (NCDs). Corporations such as Nestlé and Coca Cola will be there under their front group International Food and Beverage Alliance. These companies get rich and powerful by promoting unhealthy foods and drinks, but will be promoting themselves as essential ‘partners’ in strategies to tackle NCDs. Baby Milk Action, as a coordinator of the Conflicts of Interest Coalition, is asking organisations to sign a statement calling for safeguards to protect policy makers from commercial conflicts of interest. Please read our statement and use the share buttons to post it to Facebook and other social media. If you support a health or human rights organisation – and they are not already supporters of the Conflicts of Interest statement (see list of members here) – you could send them the link to the page to ask if they support the statement.

2 July 2014: Have a read of this… Baby Milk Action and its IBFAN partners work at grassroots level (monitoring companies, organising campaigns, responding to emergencies), national level (working for laws to hold corporations to account) and international level. Baby Milk Action has been trying to use a UN initiative called the Global Compact to stop Nestlé breaking baby food marketing rules. This has proved to be a futile exercise, hardly surprising when the initiative is sponsored by Nestlé. But when the US and EU opposed legally-binding measures at the UN Human Rights Council last week (see action for 26 June), they said legal measures are not necessary because there is the UN Global Compact. So it is good to understand why we say the UN Global Compact is worse than useless. So… have a read of this.

26 June 2014: UPDATED: VICTORY AT THE UN – BUT OPPOSITION FROM THE UK. Our campaign action this week was successful as the UN Human Rights Council voted on 26 June to start drafting a treaty on stopping human rights abuses by transnational corporations. This was opposed by the US and European Union. The UK Government voted against the treaty. See our report and call to action – you can contact your Member of Parliament using our quick link to welcome this step forward and call for the Government to support a strong treaty.

17 June 2014: Nestlé has announced a global marketing campaign for Nescafé coffee this week. Nestlé’s flagship product is the main target of the boycott. So get ready to tell people: ‘The Nestlé boycott: it all starts with a Nescafe‘. (Another thing you might like to do this week is sponsor Mike Brady, Campaigns Coordinator, for the Southport Half Marathon on 6 July).

10 June 2014: Take a look at our press release about a campaign for a Treaty That Protects People from Corporate Human Rights Abuses. See if you want to sign up yourself – and share.

2 June 2014: Check the Nestlé demonstrations page to see if you can join forthcoming protests in Leicester, Hull, Birmingham or London in June and July. Nestlé is targeting health workers in violation of international rules. Share the demonstration page with friends or health worker colleagues who might be interested.

27 May 2014: Sign up to receive Baby Milk Action’s campaign email alerts. Email alerts will ensure you have the latest information. You can unsubscribe at any time. If you have already subscribed, share this page with a friend.