2016 Access to Nutrition Index  (ATNI) launch for Academics and International NGOs.  The Wellcome Foundation, London
Friday 15th January 2016
I attended the Gates-Wellcome-CIFF-funded ATNI index that was created by the Global Alliance for Improved Nutrition (GAIN)  in 2012 and scores major food corporations such as Nestle, Danone and Unilever. (CLICK HERE) for our Press release of the first Index in 2013.
The new criteria used by the Access to Nutrition Index (ATNI) consider all formulas for older babies  to be covered by the International Code and Resolutions and the reports are now, not based merely on what companies ‘say’ they do but on monitoring in two countries.  (ATNI no longer  refers to IBFAN’s monitoring)
IBFAN  has many concerns about ATNI.   Below are some examples:
__________
The launch started with a presentation by Martyn Jones – investment Analysts Equity Investment  of  Alliance Trust Investments. His presentation  illustrated how ATNI approach is focused on incentives   –  the ‘carrot’ rather than the stick approach.  He explained how investors see regulation as just one ‘driver’  and are far more interested in  ‘consumer perception,’  what captures ‘hearts and minds’  and how people ‘vote with their wallets. ’   Investors don’t just look at risk. They  see opportunities. For example,  are shares going up in malnutrition, health and wellness foods? Products that are ‘natural’ or ‘free from’ are taking 27% of the market – even though no-one can tell you what  ‘natural’ means.
(Apparently manufacturing a  rose petal essence  ‘naturally’ would place far too much pressure on the environment because thousands of kilos of  rose petals would be needed.) 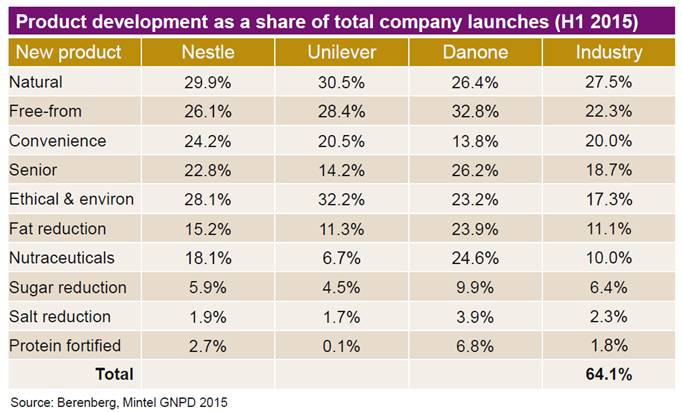