The 14th World Health Summit is taking place in Berlin from 16-18 October with around 5,000 participants and speakers, including a large range of corporations and their front groups with the main theme: – “Making the Choice for Health.” The Summit will illustrate how private sector interests have captured public and multilateral institutions and how terms such as inclusion, transparency, innovation and opportunity are used to defend and strengthen the commercial practices that subvert and undermine health.

For those in Berlin we encouraged a very different event:  the Human Rights Film Festival – showing of Tigers – the story of the Nestle  Whistleblower.

Worryingly, for the first time, WHO will be co-hosting this event – a development that raises  important questions from a democratic governance perspective and illustrates the confusion in WHO’s Conflict of Interest policy, a policy that deviates from standard legal understanding.  (Abbott, a major producer of breastmilk substitutes at the centre of the food safety scandal was a partner of the WHS)  Although there are many WHO texts that contain Conflicts of Interest safeguards relating to infant and young child feeding – there are eight WHA resolutions and many Guidelines  –  these all sit amongst many other WHO texts that are littered with ill-defined and inappropriate terminology that encourage ‘partnerships’ with the private sector. Terms such as ‘shared desirable outcomes’, ‘values’, ‘genuinely committing’, ‘mutually reinforcing’ and ‘ common goals’ – are ripe for exploitation by corporations and their front organisations who have no democratic accountability.  Indeed the only clear prohibition for engagement in WHO’s over-arching Framework for Engagement with Non State Actors (FENSA) is with manufacturers of tobacco or arms. Given the crises the world is facing,  this muddled,  inconsistent and out of date approach is unacceptably risky.

An example of the confusion caused by  WHO’s mixed messaging is the newly formed WHO Foundation.  News that the Foundation accepted  $2.2m (£1.97m; €2.26m) from Nestlé in 2021.  caused an internal furore at WHO.  The Foundation has now told the British Medical Journal BMJ that as a result of this “feed back” it had redirected the money and has now strengthened its “gift acceptance policy.”  In future, the Foundation will accept contributions only from companies that do not compromise “WHO’s integrity, independence, credibility, and reputation.”

Commenting on the move, Laurence Grummer-Strawn of WHO’s Department of Nutrition for Health and Development said that WHO was “very upset” on discovering the contribution and had demanded that the foundation return the money. “The WHO Foundation was established to be distinct from WHO, to give it more flexibility to receive funding from the private sector, to not be constrained by the same bureaucratic constraints that we have,” he said. “When we found out about this, the WHO was very upset and said, ‘This can’t happen. You have to reverse this now.’ And we discovered we had no legal way of forcing [the foundation] to turn the money back or to change their policies.“Since then, we have had discussions to say we can’t legally force you, but you realise you are using the WHO name and you are doing something that is in violation of the World Health Assembly. And they said, OK, we won’t do that again. So we’ve corrected it, but we didn’t correct it fast enough that they were willing to turn the money back and say, ‘We made a big mistake.’ We’re left with this mark against us.”

Its worth noting that in 2011, IBFAN, the People’s Health Movement,  Medicine sans Frontier and Declaration de Berne successfully joined forces to stop the development of such Forums.

CLICK HERE for the 2022  brochure – Health: a Political Choice.   Click Here for the 2019 version co-produced by the Global Governance Project and WHO).

It may be possible to listen into the sessions here: https://www.worldhealthsummit.org

The main partners of the WHS below.

Some useful presentations and materials on multi-stakeholderism

Compilation of COI materials relating to the baby food industry

From the Transnational Institute:

The Great Take Over: How we fight the Davos capture of global governance

Our Future at Stake: The Corporate Capture of Multilateralism

The Great Takeover. Mapping of Multistakeholderism in Global Governance 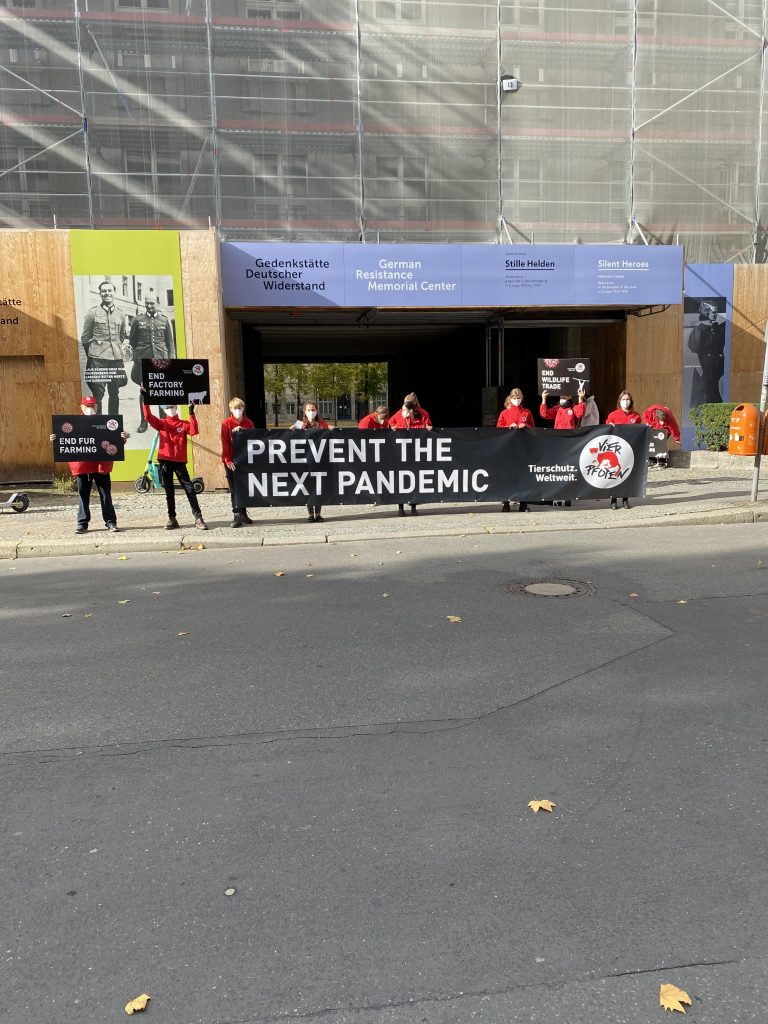