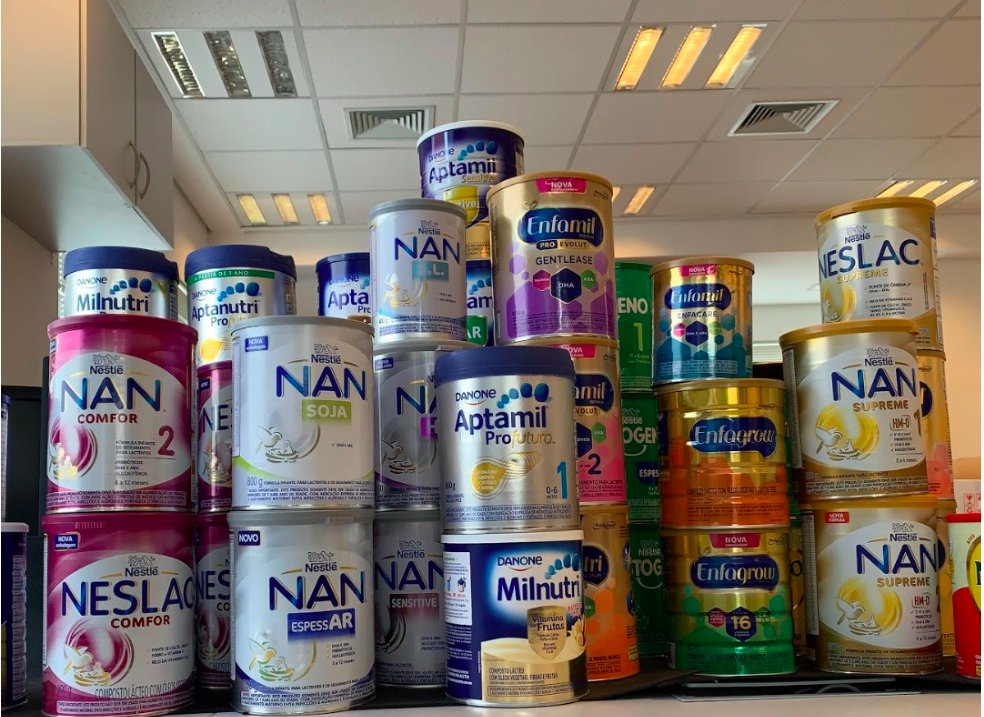 The Codex Standard for Follow-up Formula (FUF), adopted in 1987, failed to protect breastfeeding and child health and boosted the growth of a $ multi-billion market for unnecessary, denatured, sweetened, flavoured, ultra-processed milk drinks. The Standard also fueled the obesity epidemic and added to the environmental burden.(i)

The food industry and exporting countries regularly use Codex standards and trade ‘agreements’ to challenge governments who wish to strengthen national legislation to protect health. Indeed between 1995 and 2019, there were 245 interventions made in the WTO concerning commercial milk formula marketing, labelling or safety testing regulations of another member state [ii]

The revision of the standard, prompted by New Zealand in 2011, has improved some sections, but many weaknesses remain. Misleading cross promotion is not forbidden (ii) and sodium levels, flavourings and methods of analysis for sweetness are unresolved. Governments are only now being asked about the structure and whether there should be a preamble.

IBFAN is urging Member States to work for the strongest possible safeguards and are opposed to the industry-friendly idea of TWO separate standards (one for Follow-Up Formula and one for Drinks for Young Children). We believe that ONE standard, sub-divided into FOUR sections covering Infant Formula, Formulas for Special Medical Purposes, Follow-up Formula and Drinks is the safest and easiest option for governments to follow and use in national legislation (see EU Model law). One FUF standard with TWO sections is the second best option.  A strong Preamble is also needed to clarify that follow-up formulas and drinks are not necessary and should not be promoted as recommended by the International Code and WHA Resolutions.

Our report on the Codex meetings in 2021 is HERE  and 2019, HERE. Member States concerns about Codex expressed at the 75th WHA in May 2022 are HERE

Should Business NGOs sit on country delegations?  Question to the Codex Secretariat during the  CAC briefing 29th July 2022.

The Codex questions are  HERE. IBFAN’s response and rationale is HERE. The response from Brazil is HERE

Member States are being asked about the Structure.

IBFAN is strongly opposed to Option 1.b:  the industry-friendly option that proposes the creation of two separate standards for Follow-Up Formula and Drinks for Young Children

Our second choice is Option 1a. one standard in two parts, covering Follow-up Formula and Part B for Drinks for Young Children. If this is chosen we strongly advise that at national level formulas and foods for Infants and young children are legislated together. (see EU Model law)

Do you think this standard (s) requires a Preamble?

i  For decades Codex has been green-lighting the global trade of unnecessary, plastic wrapped, denatured, ultra-processed products that will stay on shelves for two years. According to a study by Dr Julie Smith, of the Australian National University,  “The most alarming finding in our latest research is a very large proportion of greenhouse gas emission impact is associated with the so-called growing up milks or toddler formula … In China, nearly half of the sales of milk formula is toddler formula.”

iii ‘Cross Promotion’ or ‘brand stretching’ is a well-known, deceptive marketing technique used to expand the sale of products such as alcohol, tobacco, soft drinks and baby formulas, whose marketing is restricted because of public health concerns. Cross Promotion where products copy the branding and appearance of infant formulas is especially harmful because it increases the risk of young infants being fed with entirely inappropriate products.In one third of the world’s countries breastfeeding is a lifeline and the majority of children are breastfed in the 2nd year of life.

Unhealthy UN partnerships: The World Health Organisation (WHO) and the Food and Agriculture Organisation (FAO) are the parent bodies of the Codex Alimentarius Commission.  In 2021 FAO adopted a new Private Sector engagement strategy that is already shifting FAO’s focus from protecting its integrity, impartiality and mandate, towards working with the private sector, attracting funding for FAO and facilitating business operations. The FAO strategy establishes FAO as a “matchmaking” hub, linking member countries and relevant private sector entities around shared priorities and investments.  FAO intends to continue to receive financial and in-kind contributions from the private sector to support its own programmes and projects in areas of ‘mutual interest’. FAO’s partnership with Danone  is  worrying  in relation to infant feeding. FAO’s partnership with Croplife a trade association that promotes agricultural technologies such as pesticides and plant biotechnology) is also highly problematic.

Milk-related FAQs – What are the benefits of giving human milk to children over 1 year of age?

Global recommendations support continued breastfeeding into the second year of life and WHO guidance recommends all infants are breastfed for up to 2 years and beyond (WHO, 2003). The rationale for encouraging continued consumption of a milk in young children beyond 1 year of age is based on a combination of meeting energy needs (proportionally driven by the fat content), calcium requirements for bone deposition and the other nutrients that mammalian milk provides. However, in contrast to animal milks, breastmilk can offer not only nutritional benefits but significant health benefits to both mother and child. That said, whilst there is no shortage of evidence for the benefits of breastfeeding during the first year of life, there are relatively few studies that attempt to quantify the benefits of breastfeeding children over 1 year of age. Nevertheless, those that do support the idea that breastfeeding continues to provide nutrition and immunological protection, is beneficial for IQ and subsequent achievement, provides some protection against overweight and obesity later in life, and offers emotional benefits for as long as it continues. Some benefits continue to be felt beyond the period of breastfeeding (Lopez et al, 2021; NHS, 2020, Grummer-Strawn et al, 2004).

Nutrition Breastmilk composition changes over time to meet the needs of the growing child so that whilst the volume consumed may decrease, an appropriate level of nutrients remains present and immunological protection is not compromised (LLL, 2010). Studies looking at the composition of breastmilk into the second year of lactation have reported a large degree of stability in the macronutrient content with only a small reduction in protein. Mineral elements stay largely stable, although after two years, some studies report a reduction in calcium and zinc content.  Four hundred millilitres of mature breastmilk can meet the following percentage of daily nutrient requirements for a 1-2 year old child:  32% energy. 36% protein  58% vitami  53% vitamin C

IQ and general ability Research on the relationship between cognitive achievement (i.e. IQ scores and school grades) and breastfeeding has shown the greatest gains for those children breastfed the longest. Some studies show that participants who were breastfed for 12 months or more score higher on IQ and general ability tests than those with shorter durations of breastfeeding (Victora et al, 2015; Lopez et al, 2021). The positive influence on IQ as a result of breastfeeding may also impact upon long-term earnings and productivity. One large retrospective cohort study reported that participants who were breastfed for 12 months or more had higher IQ scores, more years of education, and higher monthly incomes than did those who were breastfed for less than 1 month (Victora et al, 2015).

Abul-Fadl AAM, Fahmy EM, Kolkaliah N and Narouz N (2005). The Psychological Benefits of Continued Breastfeeding into The Second Year for Mother and Child. The International Journal of Child Neuropsychiatry, 2, (2), 143-153