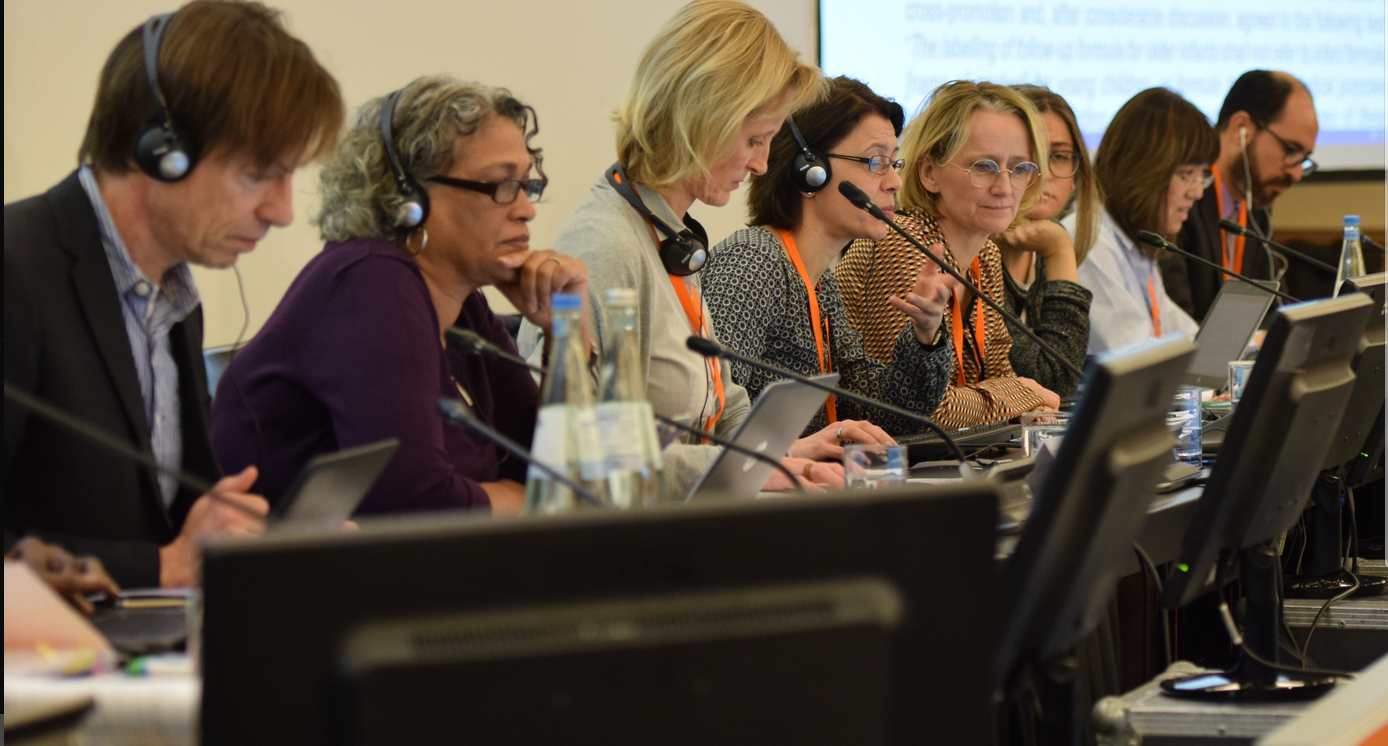 REPORT  of the meeting

Efforts by developing countries, WHO, UNICEF and the International Baby Food Action Network to protect child and planetary health at the global food standard setting body, Codex Alimentarius [i], were partially thwarted by countries and corporate funded observers – the USA, Canada, New Zealand and Australia were the most problematic – who were protecting the rapidly growing market of unnecessary sweetened milk products (follow-on formulas, toddler and so-called  ‘growing-up’ milks). While some important safeguards were agreed, a critically important sentence:  ‘Cross promotion between product categories is not permitted on the [label/labelling] of the product’, supported by many developing countries, was replaced by much weaker text that was falsely presented as having the same ‘intent’. [ii]

‘Cross Promotion’ or ‘brand stretching’ is a well-known, deceptive marketing technique used to expand the sale of products such as alcohol, tobacco, soft drinks and baby formulas, whose marketing is restricted because of public health concerns. Cross Promotion where products copy the branding and appearance of infant formulas is especially harmful because it increases the risk of young infants being fed with entirely inappropriate products. The baby food industry’s refusal to stop this practice [iii] has wreaked havoc on child health, undermining breastfeeding and child health, fueling the obesity epidemic and adding to the environmental burden. [iv] In one third of the world’s countries breastfeeding is a lifeline and the majority of children are breastfed in the 2nd year of life. 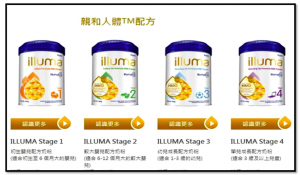 A typical example of cross promotion – only the product on the left is suitable for infants. The same infant formula branding appears on many  products unsuitable for young infants. 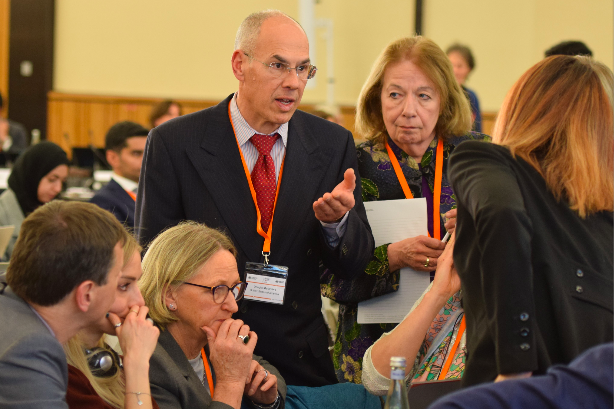 Such considerations are clearly not important for transnational food companies such as Nestlé, Danone and others – whose top strategic priority is to change traditional  food patterns and cultures in low and middle income countries. They know that marketing baby foods a fast and profitable way to achieve this.  While infant formulas are legitimate products for babies 0-12 months who are not breastfed, the follow-up formulas and  drinks for young children under discussion are unnecessary, sugar and additive laden products. They were deliberately invented by the baby food industry to get round the marketing recommendations agreed by all Member States of the World Health Assembly (WHA),  the world’s highest health policy setting body. WHO is clear that any milk-like product that displaces breastfeeding should not be promoted in any way.[v]

Since 1995, in an effort to protect breastfeeding and child health, the International Baby Food Action Network (IBFAN) has helped countries incorporate the resolutions of the World Health Assembly (WHA) into Codex’ infant formula and other standards. Despite the fact that the Codex Procedural Manual states that particular attention must be paid to the needs of developing countries, Codex decisions are based, not on credible evidence of the risks to health in these countries, but on politically influenced consensus. In last week’s meeting 44% (164) of the 370 delegates represented the food and related industries. They funded dinners, receptions and meetings and 67 sat on government delegations. Indeed, there were more industry than government delegates in the room. [vi]

Environmental impact: While the rest of the world is now waking up to the climate emergency, Codex seems to exist in its own time warp, oblivious to the harm it causes when green-lighting the global trade of unnecessary, plastic wrapped, denatured, ultra-processed products that will stay on shelves for two years –  many bearing deceptive claims – such as ‘added nutrients’. An ENCA/IBFAN call for biodegradable packaging was dismissed – considered beyond the remit of Codex. According to a study by Dr Julie Smith, of the Australian National University,  “The most alarming finding in our latest research is a very large proportion of greenhouse gas emission impact is associated with the so-called growing up milks or toddler formula … In China, nearly half of the sales of milk formula is toddler formula.” [iv]

Why a prohibition if Cross Promotion is so important: Aware of the power and widespread use of Cross Promotion, the industry and producer countries who supported them reverted to their usual line of defence – with claims that the term was ‘confusing’ and would cause barriers to trade. 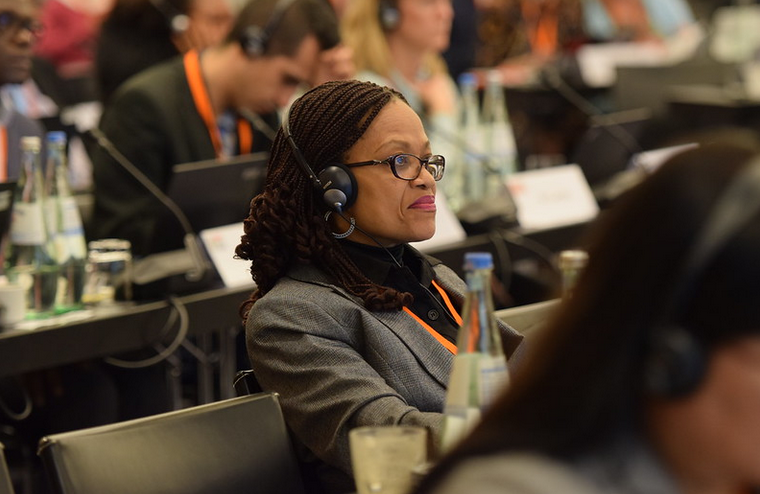 Nigeria led the call from the many countries from Africa, Asia and Latin America that spoke in favour of retaining the prohibition – the countries that have to pick up the health costs of these unwelcome imports.(vii)   “In Nigeria, cross-promotion is a daily and current reality. We have infant food manufacturers and marketers promoting breastmilk substitutes indirectly with the promotion of other foods for infants and young children which have similar packaging designs, using the same colour schemes and even same brand names. Nigeria therefore feels very strongly that the last sentence of section 9.6.4 should remain with specific mention of ‘cross-promotion’ to contribute to curbing this practice of cross-promotion which indeed does create a lot of confusion when these products sit side by side on store shelves looking very similar and indistinguishable, one from the other. This was our position at the 40th session of the CCNFSDU and nothing has changed, if anything the situation with cross-promotion is on the increase just as malnutrition of infants and young children continues to be a challenge.”

After a confused and unfairly chaired debate, the Cross Promotion sentence was deleted and much narrower wording, based on a proposal by Australia, was adopted: 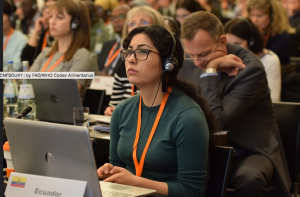 Some of the countries who had argued strongly for retaining the Cross Promotion text, were advised that the new text had the same intent, and ‘in the spirit of consensus’ gave into the pressure to compromise. Others maintained their stand.  At this point Ecuador requested that ‘refer to’ be replaced by ‘resemble’. This idea was supported from the floor but not taken up by the Chair.  The weakness of the new text became clear when the United States  stated its understanding that ‘refer to’ means that follow-up formula should not carry packshots (pictures) of other products on labelling – a wholly inadequate solution to the problem. By this time it was too late.

Like many governments, the European Union is aware of the health risks of these new products, however it has not agreed any specific regulations to control their widespread marketing and poor composition.  Disappointingly the EU did not back the prohibition on Cross Promotion, but it was helpful on composition, food additives and sugar and called for the name of the product to be neutral – not promotional as the US wanted. The overwhelming lion’s share of formulas imported into Africa are from the EU, with a large proportion unregulated.  Norway was the only european country to speak out in favour of banning Cross Promotion.

Another ‘hot’ issue was the Name for the products for 12-36 month-old babies – that can be made from a variety of ingredients.  Despite a clear majority of countries, including the EU,  insisting that the ‘name’ should be neutral, the United States argued for promotional  terms such as ‘enriched’ or ‘protein based’. The compromise of two names: ‘Drink/Product for young children with added nutrients’ or ‘Drink for young children’ was hastily taken after an intervention from New Zealand, before all countries had spoken.

All governments have the sovereign right (and duty) to adopt laws that protect citizens from harmful marketing. It remains to be seen whether the standard, expected to be finalised in 2021, will help government efforts prohibit the marketing of these products.  IBFAN stands ready,  as always, to help and make sure that the text is interpreted in the most health protective way.

Some of the other key things agreed by the meeting: 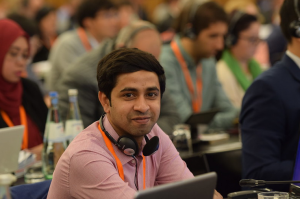 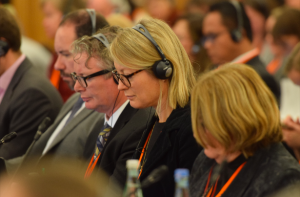 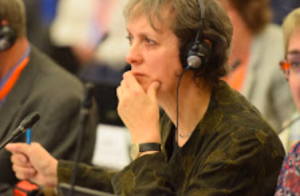 Additives: IBFAN/ENCA called for additives to be kept to an absolute minimum and used only when there is relevant, convincing evidence of their safety and nutritional purpose, and never purely technological or economic reasons.  The long-term risks of the innovations in the pipeline will not be known and there is a huge risk of a mass uncontrolled trials on infants.  The European Union was consistently strong on compositional issues related to additives and sugar content.

[i]  Codex standards are the benchmarks for the World Trade Organization (WTO) and are used in the case of trade disputes. As a UN agency, Codex is governed by its two parent bodies, the Food and Agricultural Organization (FAO) and the World Health Organization (WHO)

[ii] (WHO 2018, IBFAN/ICDC State of the Code) Helen Keller International (HKI), an NGO that is funded by pharmaceutical and food corporations and philanthropies.  In recent years  HKI has advocated stricter regulations on formulas for older babies and IBFAN has welcomed its input in this area. This year, HKI  initially appeared to support the prohibition on Cross Promotion, but at the same time encouraged developing countries to back compromise text, weakening the strong developing country position.

[iii] Excerpt from the discussion document tabled by New Zealand: “UBIC Consulting [a company specializing in food, food ingredients and biotech sectors] reported that the infant formula market is growing rapidly with the development of markets like Asia, particularly China (with a growth rate of 20 per cent p.a. in 2009), Eastern Europe, and to a lesser extent, the Middle East and Latin America (UBIC Consulting 2010). In China consumption has more than doubled in the past five years with reports of 127,100 tonnes of follow-up formula and 173,100 tonnes of growing-up milk products consumed in 2010 (Euromonitor 2011). According to Euromonitor International, the estimated global consumption of follow-up formula in 2010 was in the vicinity of 438,000 tonnes. This compares to the estimated global consumption of 309,000 tonnes in 2005 (My Decker Capital 2010). Notably, it is developing countries within the Asian region that have some of the highest reported levels of consumption of follow-up formula and growing-up milk products. In particular, of those countries included in the survey, Indonesia is identified as being the second highest consumer of both follow-up formula and growing-up milk products, totalling 161,000 tonnes in 2010 (Euromonitor 2011).”

[iv] The corporations pushing these products are complicit in the climate emergency – through deforestation, mono-cropping, land and sea grabbing, and the promotion of a host of risky technologies..  The greenhouse gases and water usage caused by the production and distribution of formulas is growing.  Calls to curb infant formula’s carbon footprint, December 4, 2019,  Australian National University    https://www.bpni.org/report/Carbon-Footprints-Due-to-Milk-Formula.pdf https://www.bpni.org/wp-content/uploads/2018/11/Green-Feeding-RC-Carbon-Footprint-10-Asian-Countries.pdf   https://internationalbreastfeedingjournal.biomedcentral.com/articles/10.1186/s13006-019-0243-8 IBFAN’s Greenfeeding papers.

[v] The WHO Code of Marketing of Breastmilk Substitutes and subsequent relevant WHA Resolutions prohibit commercial promotion of breastmilk substitutes. IBFAN/ICDC’s Breaking the Rules Stretching the Rules 2017 and numerous other reports document violations of the International Code.  See also the  WHO/UNICEF INFORMATION NOTE

(vi) Aside from the presence of industry,  Government delegations, contained few people from health ministries. Most were from Bureaux of Standards, trade and industry

[vii] In 2016, The Lancet confirmed the critical importance of breastfeeding. Better breastfeeding practices could prevent the deaths of 823,000 children per year (mainly by preventing approximately half of all diarrhea episodes and one-third of infections). Of the total worldwide deaths, 311,000 (38%) are estimated to occur in Africa where approximately 16% of the world’s population lives.

2 thoughts on “CODEX: Exporting countries put trade before the health of the planet and children”