Artificial human milk oligosaccharides in infant milks: A review of evidence provided to support claims made by Nestlé for their range of ‘Advanced’ infant milk products.
April 2019 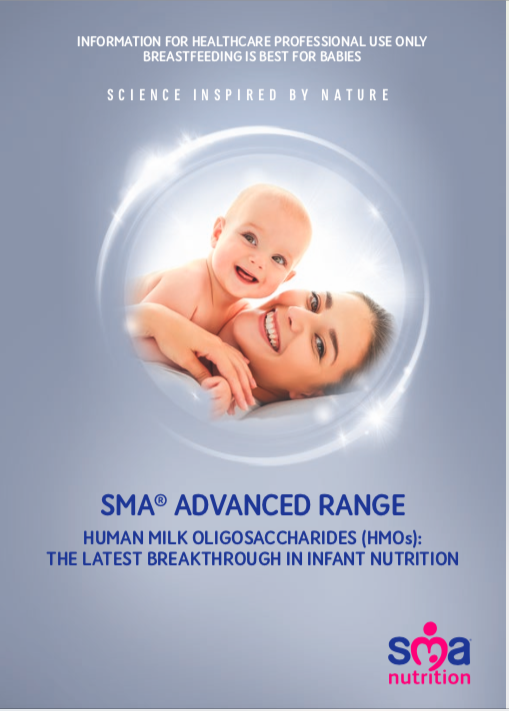 Nestlé Nutrition launched three new products onto the UK market in Spring 2019: SMA Advanced Infant Formula, SMA Advanced Follow-on Formula and SMA Advanced Growing up Milk. Nestlé have suggested significant health benefits for these products based on the addition of the artificially created ‘Human Milk Oligosaccharide’ (HMO) analogues 2’-fucyllactose (2’FL) and Lacto-N-neotetraose (LNnT). We believe these suggested benefits are misleading and this statement provides some background information on HMOs and a review of the evidence provided by Nestlé to support the statements made on the benefits associated with these products.

What are Human Milk Oligosaccharides and why are they important?
Oligosaccharides in human milk are complex carobohydrates that are known to support the developing infant’s immune system (Doherty et al, 2018). They comprise the third largest component of human milk, after lactose and fat, estimated to be about 20-25g/litre in colostrum and 10-15g/litre in mature milk (Bode, 2012). Three major categories of HMO have been isolated: fucosylated and non-fucosylated neutural HMOs which account for the majority of the HMOs present in human milk, and sialylated acidic HMOs which constitute about 12-14% (Smilowitz et al, 2014). The amount and composition of HMO in human milk vary between women, over the course of lactation and geographically, and more than 200 free oligosaccharide structures have so far been identified (Ruhaak and Lebrilla, 2012). The amount and variety of these complex carbohydrates are unique to human milk.