STOP PRESS  Following feedback on its potential sponsorship from Nutricia Early Life Nutrition (Danone) BLISS has decided not to go ahead: “We now understand that this sponsorship could lead to a detrimental effect on our ability to carry out our work and therefore the charity and its Board of Trustees have decided not to accept this offer. No money has yet been received from Nutricia ELN, and no preparation for the subsequent training courses has taken place.” Congratulations BLISS: http://www.bliss.org.uk/news/bliss-decision … 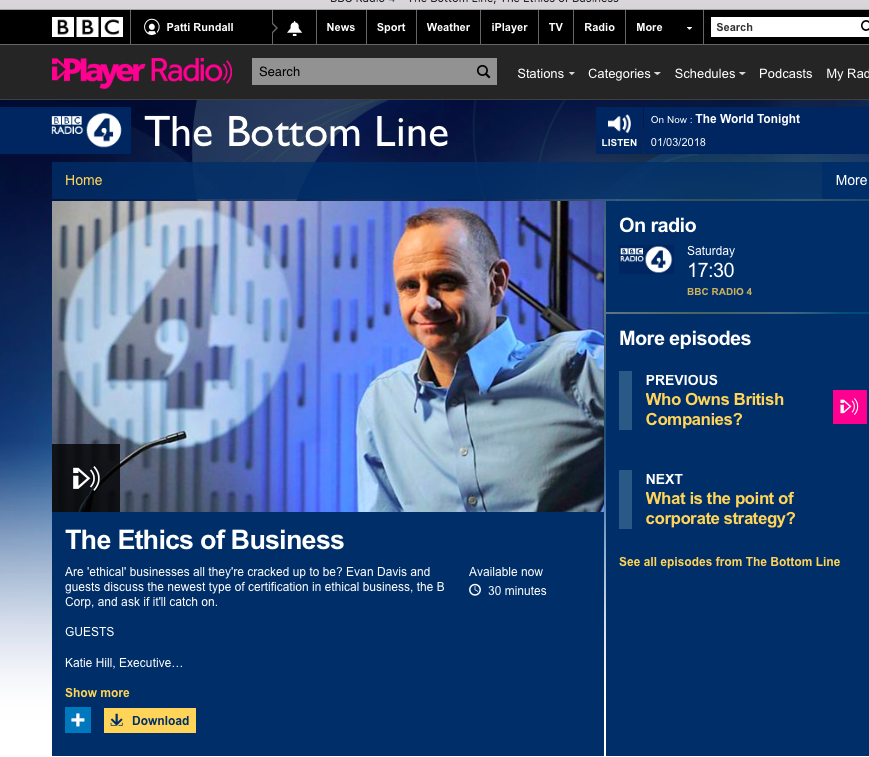 The Ethics of Business

This BBC Report on a  new ‘ethical ‘index: Certified B CorporationsTM  is available to download –  (page down for guest names)

This is a very frustrating programme where Danone’s Jean-Cristophe Laugee, Vice-President, Nature and Cycle Sustainability, is interviewed as an example of a potentially ethical company.   Danone fails to answer a comment about the absurdity of its bottled water business and how that could ever be considered sustainable.  The harm caused by Danone’s baby food marketing wasn’t mentioned at all. The risk that the certification system could be misused as a PR cover is also glossed over  – although  Evan Davies – the BBC interviewer does ask who decides what standards they use.  Evan does  suggest that maybe we should let governments decide what companies should and should not do  through regulation – but this idea is  thrown out  because apparently governments and the public don’t know whats best –  so  it would be much better to partner with corporations who have so many skills.   No one talks about the transfer of power and influence over policy setting –  the focus was on the  $114 billion of investment funds  waiting for  a  ‘safe and honourable’  home.

BBC Text: Are ‘ethical’ businesses all they’re cracked up to be? Evan Davis and guests discuss the newest type of certification in ethical business, the B Corp, and ask if it’ll catch on.GUESTS Katie Hill, Executive Director, B Lab UK; Wendy Chapple, Associate Professor in Management and member of the Responsible and Sustainable Business Lab, Nottingham Business School; Jean-Cristophe Laugee, Vice-President, Nature and Cycle Sustainability, Danon