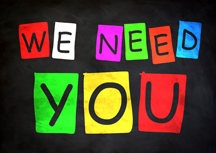 The UK has now voted in the referendum on its membership of the European Union (EU).

There are pros and cons to any decision and one so momentous for the future of the country has far-reaching implications for every individual, as well as a global impact, and so Baby Milk Action did not make a recommendation either way.

Now the decision has been taken to leave the EU (Brexit), here are some considerations on how it will impact on our work.

The legal obligation to regulate the market

The UK was one of the strongest endorsers of the International Code of Marketing of Breastmilk Substitutes in 1981 and has supported it and the subsequent Resolutions ever since. As a signatory to the Convention on the Rights of the Child that came into force in 1990, the UK has had a legal, as well as moral, obligation to protect breastfeeding and fully implement the International Code and Resolutions. Up till now, the UK has claimed that EU laws prevent it doing so at home.

Leave campaigners said Brexit would free the Government to make its own laws, so we repeat our call for it to step up and do the right thing: protect children from harmful products and protect parents from the misleading marketing that is doing so much to undermine child health. The majority of British mothers state that they wanted to breastfeed for longer, but the lack of consistent support alongside marketing messages claiming hardly any difference between products and breastfeeding, has led to low breastfeeding rates (the lowest in the world at 12 months of age, at less than 0.5%).

New EU Regulations are coming into force over the next few years. With the help of our partners in WHO, UNICEF, IBFAN, the Baby Feeding Law Group, the European Parliament (MEPs) and EU Member States (including the UK) we have won some historic battles in the struggle to establish conflicts of interest rules, [1] and a legally enforceable framework based on the International Code. We have reminded the Commission of its obligation to protect child rights, to stand up to corporate power and consider its global impact. [2] It’s easy to forget how important legislation is when tackling global corporations: before 1991 the UK relied on voluntary agreements with industry and promotion and free samples and free supplies of infant formula were common in hospitals. Breastfeeding initiation rates were much lower than they are today. Today, although the EU laws have major flaws and fail to meet the minimum requirements set by the World Health Assembly, they do contain some critically important safeguards. Here are just some:

As long as the policy of the UK Department of Health supports the International Code and Resolutions we will be advocating that it plays a much more active role in bringing global trading standards (set by the UN body Codex Alimentarius Commission) into line with WHO policy. Countries where breastfeeding is a lifeline urgently need this support.

Leave campaigners promoted a vision of an independent UK playing a leading role in the world, so its important that this leads to better protection for human health. Advocacy to this end is a fundamental aspect of Baby Milk Action’s work that will not change. We will continue as the joint Coordinator of IBFAN’s EU campaign for the foreseeable future, but we will need the support of our members and donors more than ever for the challenges that lie ahead.